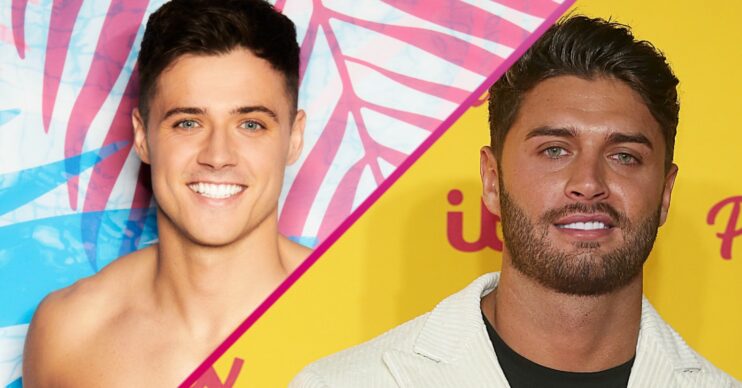 Fans of the reality series rejoiced as the contestants geared up for a summer of love, drama and cracking on.

And it didn’t take long for viewers to pick up on their lookalikes.

While Toby isn’t particularly famous yet, it turns out he looks rather familiar to former Love Island star Wes.

The semi-pro footballer, who coupled up with Kaz Kamwi, looks strikingly similar to the now-musician.

On Twitter, one viewer said: “Ok is Toby a recycled Wes from Love Island 2018?”

Another added: “Toby does sort of look like another version of Wes!”

Meanwhile, fans noticed a resemblance between Brad and Mike.

“Brad reminds me so much of Mike Thalassitis, RIP,” one commented.

In addition, a second shared: “Brad reminds me of a version of Mike Thalassitis. May his soul RIP.”

The ITV star tragically died in 2019 after taking his own life.

But will she cause just as much drama in the villa?

Faye is an Olivia Attwood 2.0 wannabe

However, others believe Faye shares a striking resemblance to Demi Jones.

Furthermore, Liberty has a series of potential villa doppelgangers.

The Brummie waitress was likened to Shaughna during last night’s episode.

And twins Eve and Jess Gale were also in the mix.

One Love Island fan tweeted: “Idk Liberty looks like the 3rd sister of the twins from last season.”

Arguably one of the best looking contestants in Love Island history, Ovie was a hit with viewers during season four.

And fans think Aaron looks slightly similar – what a compliment!

One said: “Aaron is giving me slight Ovie vibes but Ovie will never be topped.”

A second shared: “I feel like Aaron is tryna be Ovie.”