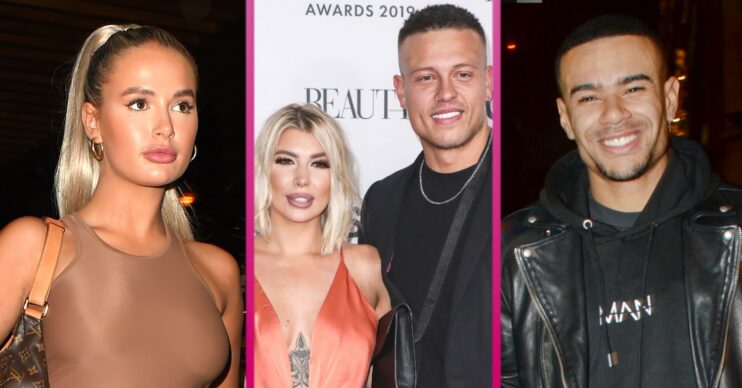 These former contestants have made millions despite not winning

During the show’s live final, one lucky couple will take home £50,000 after being crowned winners.

However, the ITV2 dating series has proven to be just as lucrative for some non-winning contestants.

Olivia and Alex Bowen hit it off in the Love Island villa back in 2016.

Since then, the pair have tied the knot and moved into their very own mansion in Essex.

And it appears their bank balances are reaping the benefits.

According to reports, Olivia and Alex are the most successful contestants of all time – despite not winning series two.

It’s believed they’ve made an estimated £4 million through endless deals, campaigns and selling their wedding photos.

Meanwhile, their joint net worth is nearly at £5 million.

However, that certainly hasn’t stopped her from raking in the cash.

There were brands offering me cars, money I can never dream of earning

Speaking about her popularity after the show, Molly-Mae revealed: “There were brands offering me cars, money I can never dream of earning.”

Furthermore, boyfriend Tommy has a rumoured net worth of £800,000.

Despite not winning the show with Megan Barton-Hanson in 2018, Wes Nelson has proven popular with fans.

He recently became millionaire at the age of 21 thanks to his successful stints on Dancing On Ice and Celebrity X Factor.

Meanwhile, the reality star has since launched his own music career.

Wes previously told The Sun: “I was a millionaire by the age of 21. And that’s not being a show-off or anything, but it’s wise investments and understanding this life doesn’t last forever.”

Meanwhile, Megan Barton-Hanson also bagged herself an impressive fee after the show.

Following her departure from the villa, Megan secured deals with Pretty Little Thing and Ann Summers.

In addition, she also makes an estimated £800,000 a month through her OnlyFans account.

Love Island season three star Olivia Attwood has an estimated net worth of £1,200,000.

As well as appearing on The Only Way Is Essex, the star has her own ITVBe reality series.

When it comes to social media posts, Olivia can make up to £3,000 per upload.

Meanwhile, she has also had two successful clothing collections with I Saw It First.

What could the Love Island 2021 stars earn?

According to PR expert  Rochelle White, this year’s contestants also need to have the ‘likeability factor’.

She told ED!: “If their audience really believes in them and what they stand for, they will have a strong influence.

“The prime example of this are past contestants like Molly-Mae, Olivia Bowen, Maura Higgens and Olivia Attwood.

“They have an influence on fashion, beauty and life due to the content that they create and share as well as the brands that they work with.”

Rochelle added that Kaz, Milly and Liberty are the three most lucrative contestants.

However, they need to ensure they have a good management team behind them.

The PR director explained: “When it comes to picking agents and management teams they should be working with them closely and helping to maximise all the opportunities, connections and career decisions they make or come across.

“Having a clear plan and good support will help build a long standing career and personal brand.”