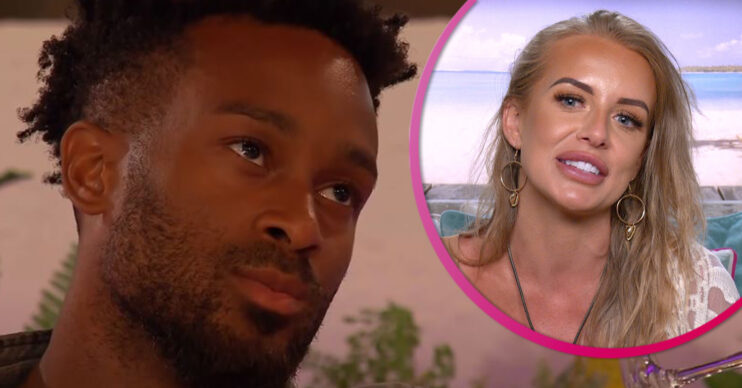 "They definitely aren’t compatible at all"

The ex-girlfriend of Love Island star Teddy Soares has hit out at him, saying he has no “backbone” and reckons him and Faye Winter won’t last on the outside.

Teddy and Faye have had a turbulent time over the last few weeks, but officially became girlfriend and boyfriend after patching things up.

However, Flora Waterhouse – who dated Teddy for a year – said she was surprised when Teddy coupled up with Faye because she claims he told her that he “hated girls who were fake”.

Speaking to The Sun, Flora said: “He told my mum the same thing too. He would say he didn’t even like girls who wore loads of makeup.

“So Faye is the opposite of who I would have expected him to go for.”

She added: “Maybe he genuinely likes her, maybe he’s just in it for the votes. But I don’t think they will last five minutes outside the villa. They definitely aren’t compatible at all.”

Meanwhile, Flora claimed Teddy has told Faye things that he said to her including when he said he “wanted to ‘connect’ with her eyes”.

Flora said that over time she “realised he was arrogant and vacuous”.

A source close to Teddy’s family told the publication: “It’s a shame to see Teddy being mischaracterised when he has no opportunity to respond himself.

“What people are seeing on the show is very much the real Teddy.”

Recently, Teddy and Faye enjoyed their final romantic date and made their relationship official.

Teddy told her: “I’ve been waiting for the right moment, and what I would like for our future is you being my girlfriend.

“So, will you be my girlfriend?”