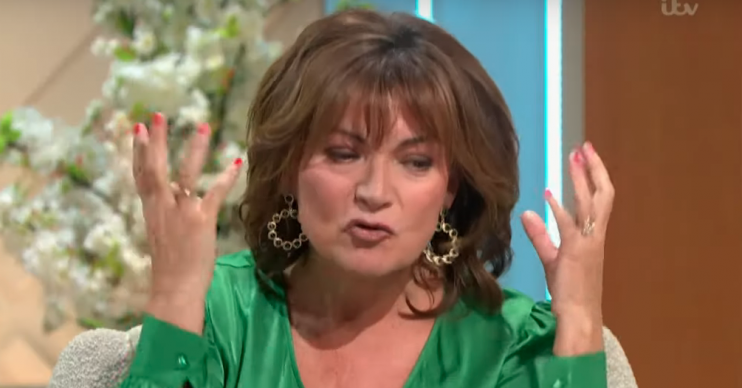 She was "enraged" and had had enough that morning

During an episode of her show in June, Lorraine revealed she was raging about how politicians operate when quizzed about the Liverpudlian – now a Tory MP – who she once worked alongside on GMTV.

Good Morning Britain host Piers Morgan quipped at the time as Lorraine swerved commenting too much about McVey: “If looks could kill she’d be six feet under.”

“I’d love to hear the back story behind that,” he added to fellow presenter Susanna Reid at the time – and it seems ex newspaper editor Piers has managed to get the inside word.

Read more: Piers Morgan has ‘special surprise’ for Lorraine Kelly as she celebrates 35 years in TV

Speaking to Piers earlier today, Lorraine – celebrating 35 years on TV –  admitted she was fed up to the back teeth with politicians when asked about her former colleague.

“That morning I was really fed up with every single politician in the world,” the Scottish star revealed.

She then went on to claim there was no personal issue between her and McVey – even though Lorraine has previously spoken out against her reported views on LGBT issues.

Lorraine continued: “When I watch in the morning, I get so enraged how we’re going round in ever decreasing circles and we’re not getting anywhere – we deserve better.”

In the days following the ‘snub’, McVey reportedly claimed she was promoted above Lorraine during their shared time on breakfast TV.

However, Lorraine said she was “baffled” by the comment, responding: “No, there is no battle.

“I’m baffled by that though because I had my own show from 1992 and I don’t actually think she joined until five years later.”

Broadcaster Fiona Phillips later told the Mail Online that McVey was the real problem and accused her of ‘lying’.

She said: “Esther said that she had been promoted. But that is an absolute lie. She was only on there because she was covering my maternity leave.

“During which I was asked several times by colleagues pleading to know when I was coming back.

“Esther was never presenting there permanently. She was at Channel Five I think at the time and she was jobbing, just trying to get work.”