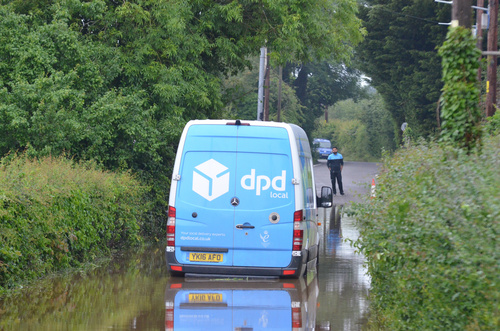 Over 200 flood warnings and alerts have been issued ahead of the expected arrival of Hurricane Lorenzo.

According to the BBC, a 24-hour yellow warning for rain covering Manchester, Birmingham and Nottingham will come into force from 3pm today (September 30).

Warnings are also in place along the coast in Cumbria and north-west England, north-east England and Yorkshire, the south-east coast and Cornwall.

However, there are no severe flood warnings – which highlight risks to life – in force at the moment.

Nonetheless, weather experts have highlighted that Hurricane Lorenzo – expected to bring further heavy downpours – will be one of the most powerful to ever make it to Europe.

The Sun claims only Hurricane Vince in 2005 has ever made it to Europe’s mainland at tropical storm strength.

Met Office forecaster Steven Keates is quoted as saying: “Lorenzo is a real beast of a storm.”

Mr Keates also suggested the inclement weather could get much worse before it improves.

Most of us saw rain 🌧️ on Sunday but there was also some sunshine 🌥️ too – here are the extremes 👇🏾 pic.twitter.com/7B8751s3mq

He said: “After reaching the Azores on Tuesday, Lorenzo is expected to move to the UK by Thursday – bringing a couple of days with potentially worse conditions than this weekend.

“There are scenarios from gales to storm-force 70mph-plus gusts, but there’s uncertainty.”

Snow is expected to follow Lorenzo in Scotland, with temperatures of -2C forecast from tomorrow.

Other parts of the country could see as much as 70mm of rain fall over the next couple of days.

Don’t 4-get your brolly when you head out on Monday. Here’s the 4-cast ⬇️ pic.twitter.com/liFEwQgy7N