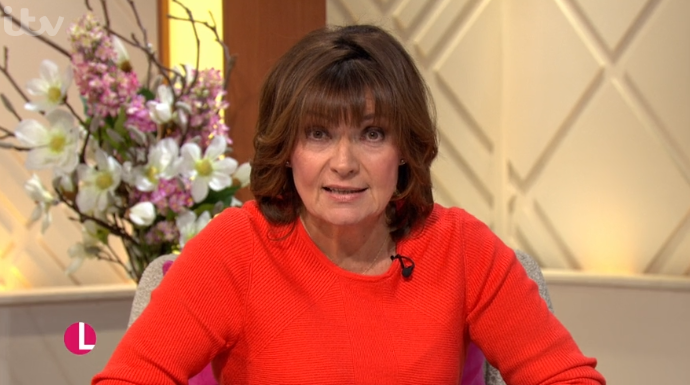 Rosie is currently in Singapore

TV’s Lorraine Kelly has revealed her daughter has put herself on self-isolation amid coronavirus fears.

The presenter said her 24-year-old daughter Rosie has been living in Signapore as she works in public relations.

But Rosie started having symptoms of a cold and Lorraine’s husband Steve flew out to Asia to be with her.

Lorraine explained on Monday’s edition of her show: “My Rosie has got a cold and she’s in Singapore.

“She’s self-isolating right now. Steve’s going over to see her this morning and I was saying earlier on, the airports are empty. It’s the best time to travel.”

My Rosie has got a cold and she’s in Singapore.

It comes after 13 more cases were confirmed in the UK, taking the total number of cases to 36.

Public Health England has warned Britain needs to be prepared for “more widespread transmission” of the coronavirus.

Perfect pre #christmas lunch with my @rosiekellysmith at @balthazarldn – she’s over on a flying visit from @singapore.#love #family #happy xxxxx

Globally, more than 80,000 people have been infected and around 2,800 have died – the vast majority in China’s Hubei province.

People are being advised to wash their hands regularly with soap and water and catch sneezes and coughs with a tissue.

Avoiding touching your face and mouth is also advised, as well as avoiding contact with people who have recently been ill.

Meanwhile, Lorraine’s daughter flew out to Singapore a few days after Christmas.

So @rosiekellysmith on her way back to Singapore – after a lovely Christmas. Missing her already #family #Christmas #love

Lorraine shared a photo of Rosie and their family dog Angus to Instagram and admitted she was missing Rosie already.

She wrote: “So @rosiekellysmith on her way back to Singapore – after a lovely Christmas. Missing her already #family #Christmas #love.”

Fans gushed over Rosie and pointed out how alike she and Lorraine looked.

One person said: “She looks so like you Lorraine,” while another wrote: “What a beautiful young lady.”

A third added: “She’s absolutely beautiful, just like her mum!”