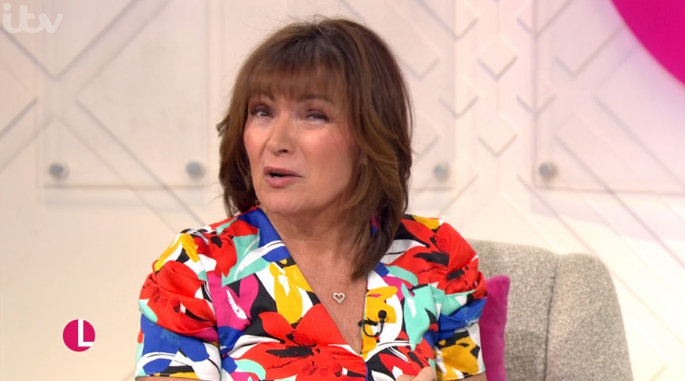 Julia Samuel appeared on Tuesday morning’s show to promote her new book, This Too Shall Pass.

While talking to Lorraine about mental health, Julia dropped the s-bomb.

Julia said: “Mental health is invisible, if you have a physical illness, you can go to the doctors and say, ‘I’ve bust my arm,’ and they can give you something to fix it.

“But because it’s invisible and for decades it has been used as a sense of shame and failure that everyone else is coping and doing okay.

She continued: “If we can be kind to ourselves and talk to our friends, don’t hold this secret because when you hide it underground it grows and becomes much more bigger.

“By the time you’ve had a cup of coffee and rolled around with laughter and watched something on telly, it lessens.”

Got to say we’re wee sorry for a wee, tiny, bad word, but I’m sure you didn’t even notice.

After the interview, Lorraine told viewers: “Got to say we’re wee sorry for a wee, tiny, bad word, but I’m sure you didn’t even notice.”

Julia is one of the seven godparents of the Duke and Duchess of Cambridge’s eldest child Prince George.

On yesterday’s edition of Lorraine, the presenter revealed her daughter put herself on self-isolation amid coronavirus fears.

Lorraine said her 24-year-old daughter Rosie has been living in Signapore as she works in public relations.

But Rosie started having symptoms of a cold and Lorraine’s husband Steve flew out to Asia to be with her.

On today’s show, Lorraine insisted her daughter is “absolutely fine”.