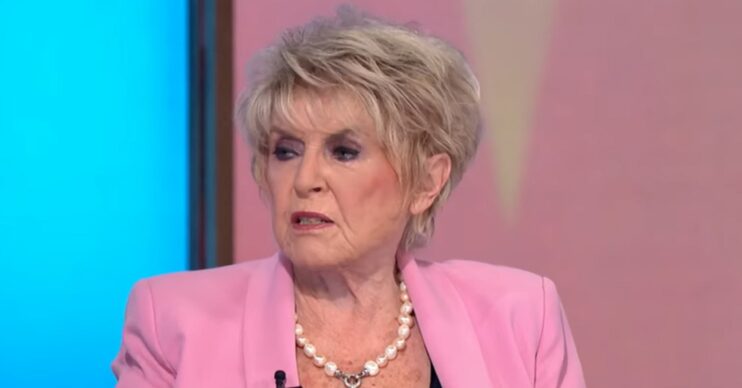 Gloria Hunniford faced backlash for her use of language on Loose Women today (August 2).

The women were asked whether they were hopeless romantics or not during a segment on the show.

As a result, Gloria began telling a story about herself when she was younger.

“When I was 19, the first time I went to Majorca and I thought I had fallen in love with somebody.

“Every time he said: ‘Would you like to see more of the island?’ his mum then came, and afterwards, I discovered that he was very, very gay.”

Ruth Langsford then interjected: “He wanted you as a friend!”

Some viewers were not happy with Gloria, and rushed to social media to hit out at her use of the term “very”.

One angry fan said: “Gloria….’he was very gay’. Are there different levels of gay?? #loosewomen”.

A third said: “Gloria Hunniford on @loosewomen he was ‘very very gay’ as opposed to what G? Just gay. Jeezus wept.”

Gloria then went on to detail meeting her “handsome” husband Stephen Way as the rest of the Loose Ladies cooed.

In a discussion on Loose Women about hair loss, Gloria told her co-stars: “I don’t think the average woman deals well with clumps of hair coming out. And Caron never wanted her boys to see her without the wig.”

She continued: “But what we did quite early on was get quite a real hair wig made for her. Honestly, I was quite shocked at how real it is because you could be an inch away from the root and you just don’t know [it’s a wig].”

Gloria added: “For her, she loved having it and she just said: ‘Oh I had my hair cut off’, because she had lovely long hair.”

Were you offended by Gloria on Loose Women today? Leave us a comment on our Facebook page @EntertainmentDailyFix and let us know what you think of this story.