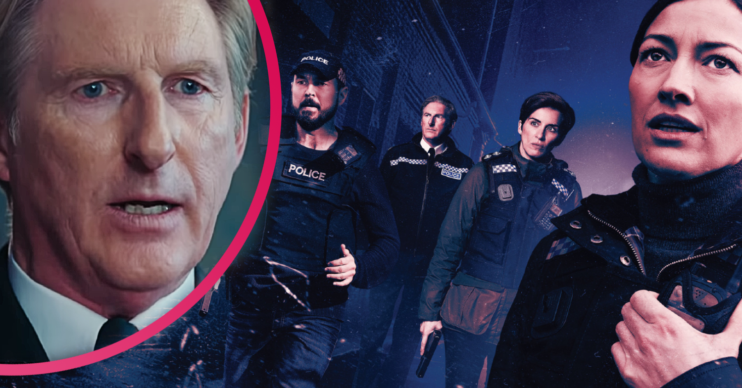 The BBC has shared the first full-length trailer for Line Of Duty season six.

Jed Mercurio’s ratings-busting crime drama returns for a new run on Sunday March 21, and the trailer has revealed some of the plot for the first time.

And, as the trailer hit the internet, fans expressed their delight and excitement.

What does the trailer for Line Of Duty season six look like?

The fast-and-furious trailer, which lasts for one minute and 11 seconds, reveals new plot details fans can look forward to.

She says about the journalist: “Her life cut short… and whoever did it has got away with it.”

“It’ll be our job to detect whether police corruption has contributed to this murder remaining unsolved,” Hastings then added.

Viewers also meet a new head of police, who Hastings calls: “A barefaced liar, promoted to our highest office!”

Could this be another link in the chain when it comes to the mysterious figures known as H?

Attention then switches back to Davidson, who says: “You should investigate.”

You have no idea what she’s capable of.

Arnott replies: “Believe me, we will.”

Suspicion then falls once again on Davidson, when another police officer whispers into a phone: “You have no idea what she’s capable of.”

With images of guns, car chases and another officer screaming “I’m being framed” it’s safe to say fans are in for a wild ride.

Another said: “Yoooooo I’m too excited!”

A third joked: “Might have just a little wee in excitement!!!!!”

“It deserves all the praise and awards – amazing cast and stories keep you gripped throughout. It’s up there as one of the best watches, definitely not to be missed!”