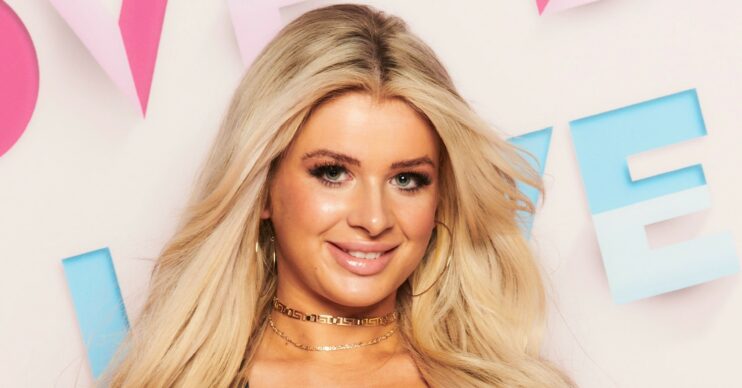 Liberty Poole on Love Island: Student was proposed to in Nandos!

She's looking for a 'cheeky chappy sort of guy'

Liberty Poole may be used to serving up chicken in Nandos, but that’s all going to change once she’s in the Love Island villa.

The waitress is on the search for a ‘cheeky chappy’ on the ITV2 dating series.

But who exactly is Liberty and how has she prepared for the show?

Love Island: Who is Liberty Poole? What’s her job?

Aged 21, Liberty from Birmingham is one of the youngest Love Island cast members this year.

As well as her waitressing job in Nandos, the star is also a marketing student.

And she has even been proposed to in the popular Portuguese restaurant!

“I’ve had people try and rinse me for a date at Nando’s, get the discount and stuff,” Liberty revealed.

“But I’ve never had a date in one. I’ve had a few things happen at work. I’ve had a napkin shaped as a rose given to me which was cute, that was when I first started working there and then I’ve been proposed to. It was a bit unexpected!

“He’d come into the restaurant every week and he got down on one knee and was like, ‘Will you marry me?’. But in his hand, it was a charity support badge not a diamond ring or nothing.”

How has Liberty Poole prepared for Love Island?

Meanwhile, Liberty has threw herself into fitness ahead of appearing in the villa.

Personal trainer Jordan Goddard, who runs Limitless Training, previously shared a video of the star taking part in a gruelling circuit in February.

In the clip, Liberty was seen lunging, planking and squatting while using a TRX suspension.

The circuit helped Liberty focus on the lower body and core area.

Who has Liberty Poole dated?

While Liberty has chosen not to show her former boyfriends on social media, she knows exactly what she’s looking for in a man.

She admitted: “So I like tall, alpha male, confident, a cheeky chappy sort of guy. But obviously that’s always usually combined with player types, which is where I go wrong.

“I’m trying to change my ways and go for more of a nicer guy that is going to treat me right.”

What has Liberty said about joining Love Island?

In the tweet, the star hinted at her complex love life and predicted she’d join the show.

She said: “I seem to be in that many love triangles feel like I’ve earned myself a place on Love Island.”

I’ve earned myself a place on Love Island

And it appears the Islander is looking forward to getting to know her potential future boyfriend in person.

Ahead of the villa, Liberty said: “I hate texting people. I’d much rather go on a date and meet the person and I think Love Island is the perfect place to do that.

“It is all about meeting someone face-to-face.”