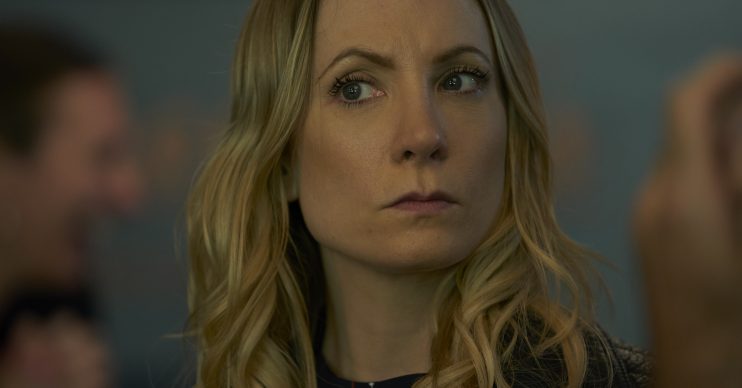 New evidence points to Laura, but is her sister framing her?

Liar has been keeping fans guessing as its second series continues towards its climax.

And the penultimate episode delivered a twist as it seemed Laura Neilson was guilty of killing her rapist Andrew Earlham when vital evidence was found on his dead body.

Is the evidence just too convenient though? Is this a clue that in fact Laura is innocent?

Fans  certainly think so as they are now convinced that in fact it was Laura’s sister, Katy Sutcliffe, who was responsible.

Could Katy really be framing her own sister?

With Monday’s episode (March 30) opening with Laura being questioned by the police it seemed the net was closing in on her as the killer.

DI Renton produced new evidence that places Laura at the scene of the crime – or does it?

As Laura continued to stress she had no idea what was going on, Renton produced Laura’s necklace, covered in Andrew’s blood.

“Game over Laura. It’s time to tell the truth,” Renton told her.

As Renton insisted the DNA evidence couldn’t just be explained away, Laura said:

“Someone must have taken it when they put the car key in my flat.”

Is Katy the killer?

Fans are now convinced it wasn’t in fact Laura that killed Andrew, but Katy.

Anyone else thinking its something to do with laura’s sister?? She picked up the car key when that scottish guy dropped it in the changing room??? #Liar

Does Laura’ s sister involved in it ? I bet it. #Liar

I’m really thinking that Laura’s sister might have screwed her over and set her up for Andrew’s murder because she’s not forgiven her for helping their dad to die… 🤔🤔 his car key in L’s flat, her necklace in the container and the alibi could’ve been to protect herself! #Liar

Definitely the sister that killed him she felt guilty for not being around for her sister, found him, probably best the shit out of him and killed him by mistake, struggled to cope with it so got on the drink. At least that’s my theory atm #liar

The last time the necklace was seen before it was discovered on Andrew’s dead body in a shipping container, was when Laura helped her dad to die.

Last week (Monday, March 23) saw a flashback to Laura’s past in which it was revealed her dad had asked her to end his life after a cancer diagnosis.

Read more: The Chase fans accuse Jenny Ryan of purposely getting it wrong

Laura turned to Katy for help, but Katy couldn’t go through with it, so Laura stepped in. In her dad’s dying moments she placed her necklace around his neck.

With all the evidence now pointing to Laura, was it actually Katy who did it to frame her sister in revenge for killing their dad?

She was the one who picked up the car key and she would have access to Laura’s things and home. Could she really have killed Andrew?

Who do you think killed Andrew Earlham? Leave us a comment on our Facebook page @EntertainmentDailyFix and let us know what you think of this story.