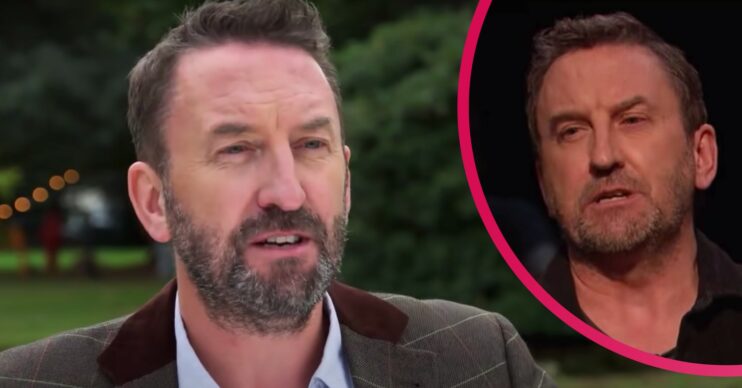 Hosts ITV's The 1% Club this weekend

Lee Mack revealed last year he had been tested for ADHD as he would ‘hear up to nine voices in his head at the same time’.

The comic and host of ITV‘s The 1% Club said he reckons he has the disorder because of his concentration levels.

The 53-year-old stressed he hasn’t been officially diagnosed with the condition.

Not Going Out star Lee told the tabloid he did take a test to see whether he has ADHD.

However, he observed even that was affected by his ability to concentrate.

Lee indicated in February 2021 that he alternated between not being able to concentrate on one thing or going the other way and ‘obsessing’.

The Would I Lie to You? regular said this could be seen as beneficial during his panel show appearances. And that’s because it means he can tune into what everyone else is saying at the same time and react with quips.

But Lee also revealed how it could be distracting in places such as pubs when conversations from others catch his attention.

Lee explained on the Walking The Dog podcast, reported on by the Mirror: “To me it is like eight or nine radio channels going off at once.

To me it is like eight or nine radio channels going off at once.

“Most people can tune into one, but you tend to tune into nine.

“But the problem is you’re not listening to any one of them succinctly enough. Or you have mad obsessive concentration on one thing.”

Upbeat Lee insisted there were some benefits to possibly having the condition.

He recalled how even when taking the test for ADHD he didn’t pay proper attention and reportedly ‘doodled’ instead.

Lee went on: “I started joking around on it. I do get distracted easily and I drew balls and a willy, that type of thing. As an adult having it – and I do suspect I’ve got it having spoken to people about it – it has positives and negatives.

“The positives are certainly in my job on panel games I can hear several people talking, whereas some people are just focusing on the one person talking.

“You can tune it to what suits – what you want to talk about.”

ITV Lee Mack Not Going out would I lie to you