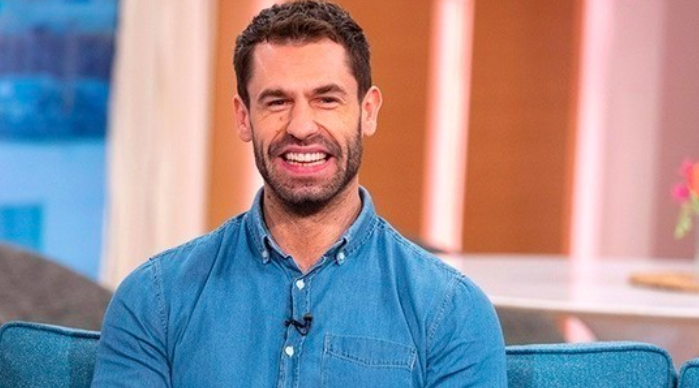 She has another favourite!

Former Emmerdale star Kelvin Fletcher has admitted his daughter hasn’t been voting for him to win Strictly Come Dancing.

Despite daddy Kelvin being the hot favourite to win this year’s competition, his three-year-old daughter prefers another one of the couples…

Literally been in the house 5 minutes 😂❤️

Marnie has another winner in mind for the BBC Latin and ballroom show – and, to top it off, she’s from a rival soap, too!

For Kelvin’s daughter is rooting for EastEnders star Emma Barton!

Appearing on This Morning on Thursday (November 28), Kelvin said: “She certainly won’t be voting for me.

“Marnie, my daughter, her favourites are Anton [du Beke] and Emma [Barton] because they are, according to her, a real life prince and princess.”

In fact, Marnie will only be giving her dad points after he scored an encounter with her “real life prince” at rehearsals.

Kelvin explained: “We went to Blackpool, and I took Marnie up to the rehearsals and Anton was just… I mean, I love him anyway, he’s got a daughter a similar age to Marnie. And she just wouldn’t leave him alone.

“They were cuddling all day! When we were rehearsing the walk-down and she’s running across the floor and the stage manager allowed it, she’s up there with Anton.

“It was beautiful to see. So there are certainly a few votes I’ve lost in our household.”

Meanwhile, the former soap star – who played Andy Sugden for 20 years – admitted “it’s refreshing” that the public are finally seeing the real side of him after two decades in the same role.

He said: “It’s refreshing for me. They’ve only seen me a certain way and maybe me being on Strictly has startled a few people.

“But that’s because they’ve seen me play Andy Sugden for so long.”

The 35-year-old actor left the ITV soap in August 2016 after first appearing on the show at just six years old.

Kelvin also told This Morning hosts Phillip Schofield and Holly Willoughby that it was his fourth wedding anniversary with his wife, Liz Marsland – but lamented that sadly they won’t be spending it together because of his commitments to the show.

He admitted he was “gutted” to be away from Liz and his young kids on their special day.

Explaining how tough it can be being away from his family, he said: “I think that has been the hardest thing. Today is my wedding anniversary and I’m not at home and it’s gutting really.”

Are you voting for Kelvin Fletcher to win Strictly? Leave us a comment on our Facebook page @EntertainmentDailyFix and let us know what you think!