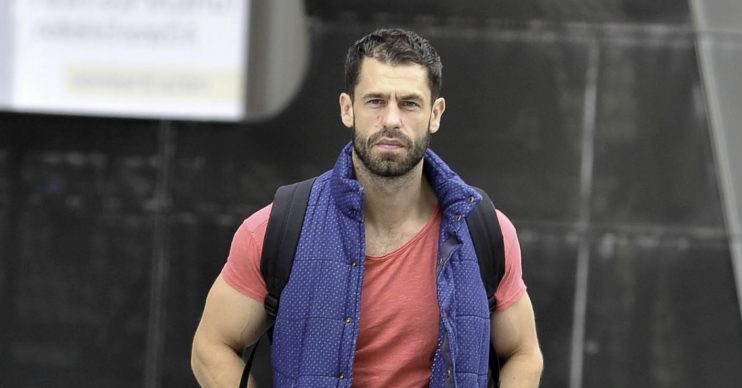 Kelvin is partnered with Oti Mabuse

Former Emmerdale star Kelvin Fletcher has shared a sweet video of him dancing with his young son Milo as he prepares for his Strictly Come Dancing performance.

The 35-year-old posted the video of him and Milo dancing to Trip A Little Light Fantastic from Mary Poppins Returns to his Instagram page.

Kelvin captioned the post: “Little Milo has been helping me with rehearsals for this weekend’s #MarryPoppinsReturns Charleston!

“This soundtrack and this song especially has been on a loop in our house for the last few months since taking Marnie to the cinema (her first cinement trip) to watch it.

“So I’ll be doing my best and making sure I don’t dissapoint!

Friends and fans rushed to comment on the video.

A second commented: “Ahhh he is such a cutie.”

Last month it was announced that the former Emmerdale star would be joining Strictly 2019, replacing Made In Chelsea star Jamie Laing.

NEWS!: We are pleased to announce that actor Kelvin Fletcher will be joining #Strictly 2019, replacing Jamie Laing on the show. 🎉@kelvin_fletcher 👉https://t.co/bPWJ388b36 pic.twitter.com/evrGYNBd0d

Jamie was forced to pull out of the competition after a serious foot injury.

Kelvin came in and was partnered with Oti Mabuse, who Jamie was originally with.

Kelvin is best known for his role Andy Sugden in ITV’s Emmerdale.

His character Andy fled Emmerdale after being framed for shooting Lawrence White.

Knowing he was facing prison, with the help of his brother Robert, Andy left the village with a fake passport and started his life on the run.

Have you been watching Strictly? Leave us a comment on our Facebook page @EntertainmentDailyFix and let us know what you think!