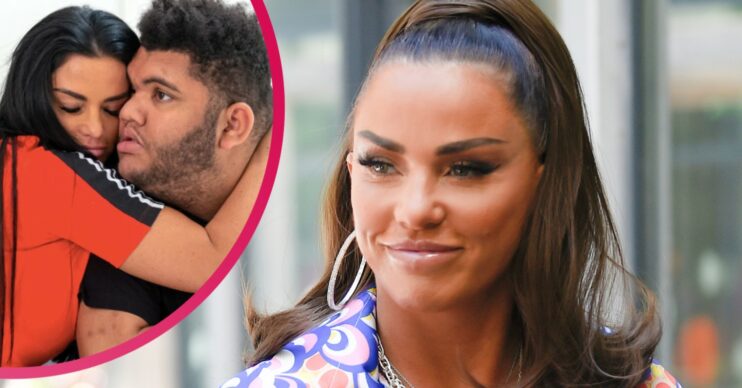 She 'wouldn’t miss it for the world'

In latest Katie Price news, the star will reportedly attend the National Television Awards tonight with her son Harvey.

The mother and son are nominated for their emotional BBC documentary, Harvey and Me.

Katie Price news: Star to attend the NTAs with Harvey

According to The Sun, Katie will take to the bash alongside 19-year-old Harvey.

An insider told the publication: “Harvey has been incredibly excited about the ceremony and is heading down from his new college to London to attend.

“Katie is so happy for him and can’t wait to take him and spend some quality time with him at the bash.

She’s so proud of him

“She’s so proud of him and the documentary so is really hoping they win.”

The BBC special is nominated in the NTAs category, Authored Documentary.

During the ceremony, Katie and Harvey will go up against Roman Kemp, Kate Garraway, Marcus Rashford and Rob Burrow.

In it, the star searched for a residential college for her son as he transitioned into adulthood.

As well as being on the autistic spectrum, Harvey is partially blind and has Prader-Willi syndrome.

Meanwhile, the night is a huge one for 42-year-old Katie.

Not only is the star nominated for the award, it will also be the first time she has faced the public since her alleged assault.

At the end of last month, Katie went to hospital after being attacked in her home.

An unnamed man in his 30s became arrested on suspicion of assault, and later released on bail.

Speaking about the incident, she told The Sun: “I’ve got a big bruise, my face is all puffy, and I went to hospital. I’m still all dazed.

Her fiancé Carl Woods recently broke his silence on the ordeal, claiming he didn’t ‘hit’ the star.

He shared on Instagram: “Anybody who thinks I hit Katie, you’re completely delusional and have no idea of the reality of this situation.

“I have never and never would do anything to hurt Katie.”