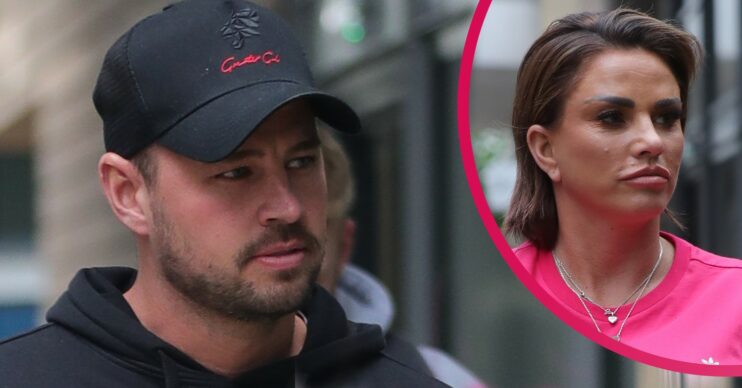 After Carl Woods denied hitting his fiancée Katie Price, her children Junior and Princess have reportedly unfollowed him on Instagram.

Carl spoke out on Katie’s alleged assault on Tuesday as he hit back at trolls who accused him of hitting Katie – calling them “delusional”.

Now, according to reports, Katie’s teenage children Junior and Princess have unfollowed him.

However, reports claim that Carl’s account cannot be seen among the accounts followed by Junior and Princess.

Meanwhile, it comes hours after Carl broke his silence on Katie’s alleged assault.

At the end of last month, Katie went to hospital after the attack.

An unnamed man in his 30s became arrested on suspicion of assault, and later released on bail.

Katie spoke out shortly after, saying she had a bruised and puffy face.

In a statement on Instagram yesterday, Carl told his followers that the “truth will be told”.

He said: “I have remained quiet until now due to the investigation being carried out by the police.

“However I have found it so difficult to keep quiet on social media due to the speculation and shocking abuse that I have received.”

Carl continued: “Anybody who thinks I hit Katie, you’re completely delusional and have no idea of the reality of this situation.

“I have never and never would do anything to hurt Katie.”

Last month, Katie spoke to The Sun about the “unprovoked attack”.

She said: “I’ve got a big bruise, my face is all puffy, and I went to hospital. I’m still all dazed.

Read more: Katie Price: “No one will ever, ever destroy me again” – heartbreaking words before alleged assault

Katie explained she ran to son Harvey’s house nearby following the attack.