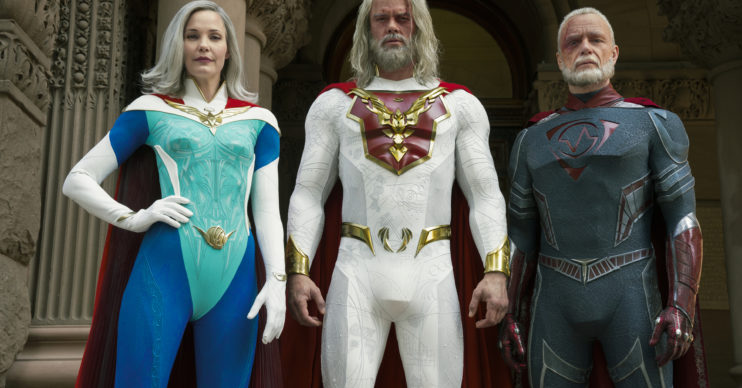 The superheroes will be flying no more.

Netflix’s big-budget superhero series Jupiter’s Legacy has been cancelled after only one season.

However, a spin-off titled Supercrooks, based on the supervillains within the same universe, is now the works elsewhere.

The show, based on Mark Millar and Frank Quitely’s graphic novels, only launched in May.

Starring Josh Duhamel and Leslie Bibb, Jupiter’s Legacy follows a team of superheroes on the verge of retirement.

As this happens, their children are feeling the pressure to take up the family business.

But a Twitter statement by the creator has now confirmed it has been axed by Netflix.

Announcing the news, Millar says he’s “incredibly proud” of the show, but wants to see what the supervillains are up to now.

“Given where we’re going next, we’ve made the tough call of letting our incredible cast out of their show commitment as we continue to thoughtfully develop all realms of the Jupiter’s Legacy saga,” he writes.

“We’re confident we’ll return to it later and just want to say thanks to you guys for your continued support.”

What will Jupiter’s Legacy spin-off Supercrooks about?

“To do something exclusively focused on the villains they fight just feels incredibly fresh as we explore what it’s like to be a bad guy in a world crawling with good guys who want to put you in jail,” he explains.

“Jupiter’s Legacy is a vast and rich space with lots of characters to mine and so I’m happy to share that our next step here is a live-action version of the Supercrooks comic I created with Leinil Francis Yu a few years back.”

According to Deadline, Supercrooks centers on a “ragtag gang of supervillains, con-artists, petty thieves and leg-breakers” who band together for the heist of the century.

“Crime pays and they’re going to prove it. Some people just want to have the time of their lives and make a little dirty money while they’re doing it.

“If the superheroes get in the way they’re going to be spitting teeth.”

Read More: Jupiter’s Legacy on Netflix: Who’s in the cast? What’s it about and is it based on a book?

Millar confirms Supercrooks will first appear as an Anime series later this year.

It’s unclear if it will be on Netflix, and casting is yet to be announced.