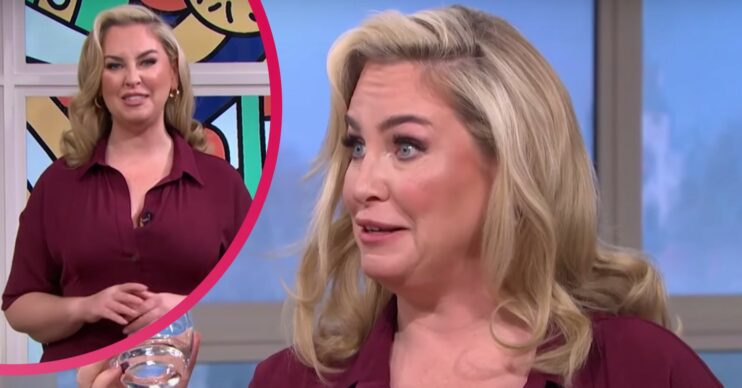 Josie Gibson fans defended the This Morning star earlier today as a troll criticised her over her appearance.

The Twitter user claimed to be a fan of 37-year-old Josie as they made the ‘needless’ comment.

Many fans were delighted to see Josie on their screens. However, not everyone agreed – and gave her stick about their opinion on her looks, too.

Josie Gibson on This Morning: What was the tweet about her appearance?

The viewer who made the “nasty” comment tweeted the offending remarks within twenty minutes of Friday’s show starting.

They also made their feelings clear on Alison’s role on the daytime ITV series.

But it was what they had to say about Josie that was picked up and slammed by other viewers.

Read more: This Morning: Dermot replaced by Josie Gisbon and fans are all making the same joke

Furthermore, it seems they were not impressed by today’s programme in general, either.

They claimed: “I’ve not watched This Morning for a while and see I’ve not missed much.

“Alison I love but not for this. And Josie I also love but my God what’s happened? She’s aged.”

The objectionable post came in for swift condemnation from fans sticking up for Josie.

One person fumed the comments were ‘needless’ and beyond their comprehension.

I don’t understand why women put other women down.

They seethed: “How nasty! She looks fantastic.

“I don’t understand why women put other women down.”

Another annoyed Twitter user replied: “God forbid anyone should age! How dare she!

“Imagine a world where aging made us look younger! Has that happened in your world?”

Read more: Ruth Langsford ‘not happy with Eamonn over Phillip remarks as situation awkward for her’

A third aggrieved observer echoed those comments, hitting back: “#ThisMorning as if a woman is having a go at another woman for aging!”

And a fourth person responded: “I think Josie looks great myself. Women should support other women.”

Good to see the Josie army out in force!