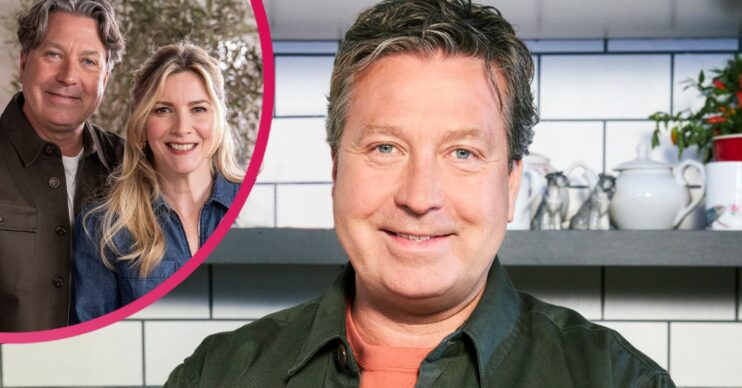 Lisa admits she wasn't always so smitten by her husband!

John Torode’s wife Lisa Faulkner has admitted she was once “terrified” of the celebrity chef.

Lisa, 49, is now happily married to John and they even work together on ITV’s John and Lisa’s Weekend Kitchen.

But the former Holby City star was not always so smitten by the 56-year-old Aussie cook.

How did John Torode win Lisa Faulkner over?

Speaking to Prima, Lisa admits that she was actually fearful of him.

It was only when John impressed her with a romantic gesture two years later that her heart softened.

Lisa said: “I was terrified of him, but when we got to know each other afterwards I realised he was a great laugh.

“Then he wrote me a letter to ask me out, which I thought was very sweet.”

Read more: John Torode and other celebrities who have turned down Strictly Come Dancing

Lisa and John dated for six years before he popped the question in 2018.

Proving what a true romantic he really is, the MasterChef star got down on one knee on Christmas Day.

Lisa also told the magazine: “We were in India for Christmas, just the two of us, and we’d said we were only going to do small presents.

“I got him some yoga trousers and he got me an engagement ring!”

Less than a year after they got engaged, the couple tied the knot.

They invited close family and friends, including some famous faces.

Amanda Holden was among the congregation, along with John’s MasterChef co-star Gregg Wallace, and actresses Angela Griffin and Tamzin Outhwaite.

John and Lisa both have five children between them from previous relationships.

But despite their home life often being chaotic, the couple love nothing more than working together.

The seventh series of John and Lisa’s Weekend Kitchen kicks off [ON SAT/TODAY] proving just what a great team they make.

Speaking to The Sunday Mirror, Lisa previously said: “Working together has been like a honeymoon.

“I’ve got to spend every day with my best friend.”

John added: “Doing something you love with someone you love is a real joy.”