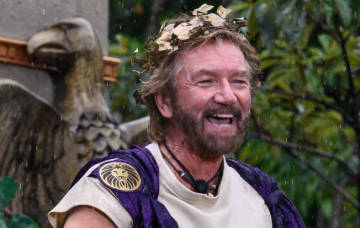 John Barrowman and Noel Edmonds clash on I’m A Celebrity

The Emperor was quick to stir up tension

The arrival of Noel Edmonds has caused friction among the I’m A Celebrity… Get Me Out Of Here! camp members, with John Barrowman and the television host becoming embroiled in a tense exchange.

Torchwood actor John, 51, struggled with the Deal or No Deal host’s leadership style, lashing out at him during a tense exchange.

Many viewers were delighted to see some tension stirred up, after everyone has been, ostensibly, supportive.

Others have been enjoying the camp conviviality and don’t want the fighting.

hopefully it doesnt go on too long and divide the camp anyone in that role would be OTT just hope it doesnt change the dynamics too much its lovely seeing them get along supporting each other & having fun it ruins the experience if they argue! #TeamNick🤠🧔 #ImACeleb

Noel has just taken to his role this was shaping up to be the best ever why cant we watch them getting along show support & have fun dont want that to change when the task is over if you want it to kick off watch PMQs we need this to be full of kindness! #TeamNick🤠🧔 #imaceleb

@ITV have ruined it and lost the plot with this Noel poxy emperor thing. Leave them all equal for god sake! #ImACeleb

Are you glad there is finally some friction?