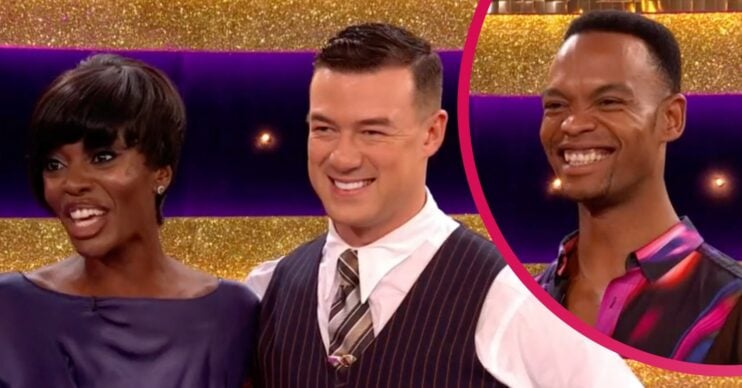 They've known each other for years

It turns out the pair – partnered up with John Whaite and AJ Odudu respectively – have been pals for some years.

Johannes, 34, also paid tribute to the 26-year-old for being ‘kind’ and a good ally.

However, many fans of the new Widd on the block could be more interested in what Johannes had to say about Kai’s relationship status…

What did Johannes reveal about Strictly Come Dancing newbie Kai?

Sharing images and clips from when they had previously performed together, Johannes made it clear he and Kai have been reunited in their work.

Johannes wrote: “Back in 2015 we got to tour the world as roommates with this lad @kaiwidd dancing for @burnthefloorofficial.

“Fast forward to 2021 we’re reunited dancing on a show we’ve always aspired to be part of back then. @bbcstrictly.”

How did Johannes praise Kai?

Johannes went on to emphasise how Kai has been supportive to him personally, as well as to the idea of same sex partners on Strictly.

The South African favourite continued: “Kai your kindness humbles me my dear friend.

“Love runs deep, thank you for holding me up Boo and ladies he is single.”

Is Kai Widdrington married or in a relationship?

It appears that Johannes might be correct in suggesting Kai is single.

According to recent reports, Kai and long-term girlfriend Giulia Dotta ended things after five years together.

Read more: Who is Strictly Come Dancing costume designer Vicky Gill and how long has she been on show?

Giulia’s agent told the Mirror in July that the pair remain on good terms nonetheless.

Kai and Giulia previously worked together on Irish TV show Dancing With The Stars.

Strictly Come Dancing airs this weekend on BBC One on Saturday October 9 from 6.45pm and Sunday October 10 from 7.10pm.