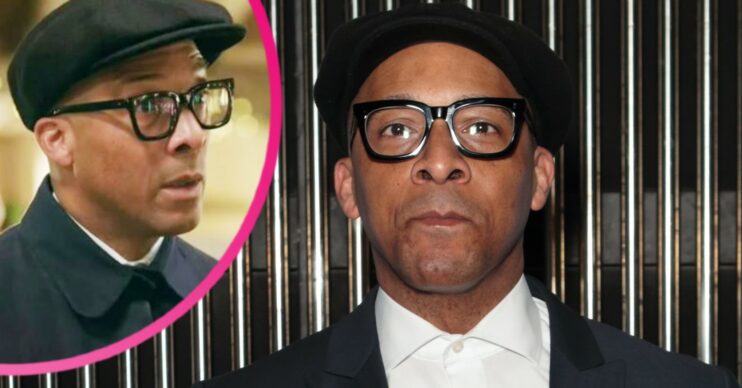 He hasn't met all of his siblings

Jay Blades has become a popular household name due to his work on The Repair Shop and Jay’s Yorkshire Workshop.

The 51-year-old shot to fame back in 2017 following his time as a labourer and in factories.

But during his childhood, Jay grew up on a council estate in London with his single mother Barbara and his half-brother Justin.

Jay Blades’ family life and how he met his father

The BBC star has always been open about his complicated upbringing.

Jay grew up without his father, Trevor, who he first met at the age of 21.

It wasn’t until then that Jay learnt about his much wider family, including his 26 brothers and sisters!

Speaking to Entertainment Daily!, the presenter shared: “I only know about seven of them.

“I haven’t met all 25 and the man who contributed towards my birth he’s been out there populating England and basically I don’t know all of them. I only know seven, I never grew up with them.”

Meanwhile, Jay opened up about meeting his dad for the first time in a past interview.

He told The Mail on Sunday: “He told me I had four other siblings but I then found out that wasn’t true at all. I have 25 in total, including six in America, two in Africa and three in Jamaica.”

Jay is also a dad himself.

The Repair Shop star had two children by different mothers by the time he was 25.

However, he didn’t want to follow in the footsteps of his own father.

Jay added: “I didn’t even think about settling down. Growing up, I only knew of two families where the mum and dad were married.

“I loved the ladies I was with but things didn’t work out and I moved on, even though I always stayed in touch with my children.”

Jay’s Yorkshire Workshop: When is the next episode?

Jay fronts the six-episode BBC series, which is set in Bradford.

Similar to The Repair Shop, the show works with members of the public who have amazing stories to craft them meaningful.

Jay’s Yorkshire Workshop returns tonight on BBC Two at 9pm. You can catch-up on the first episode on BBC iPlayer.