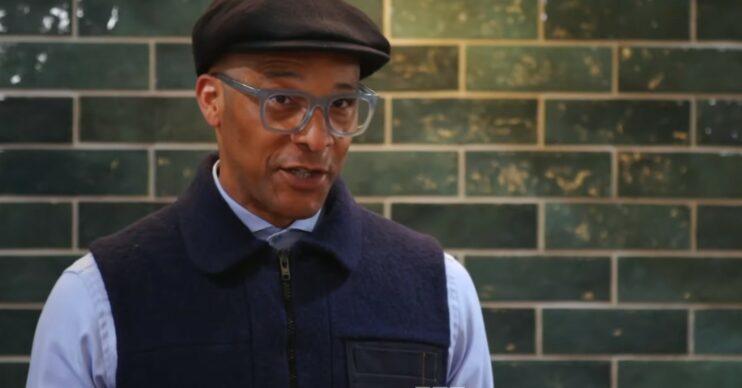 Where is Jay Blades’ Yorkshire Workshop and who are his expert helpers Saf Fakir, Isabelle Moore and Ciaran O Braonain?

Jay Blades is best known for his BBC series The Repair Shop, but where exactly is his new workshop in Yorkshire?

Jay’s Yorkshire Workshop is his new six-episode series, and fans will get to see him work with members of the public who have been hailed as local heroes.

Where is Jay Blades’ Yorkshire Workshop?

The location has previously been used by shows such as Peaky Blinders and The ABC Murders.

The rest of the historical area is no stranger to television either, with shows including Downton Abbey and A Touch of Frost also filming on the surrounding streets.

Just like on The Repair Shop, Jay, 51, and his fellow experts work on items for specially chosen members of the public.

Who is Saf Fakir?

Saf is an expert in woodwork and shared his excitement on LinkedIn about being a part of the show.

Read more: The Repair Shop star Jay Blades plans a reunion with the sister he hasn’t seen for 25 years

“I’m so proud and humbled to have had the opportunity to work with an absolutely wonderful team.

“The amount of work and effort that went into this cannot be justified in hour-long episodes. My fellow experts and apprentices can attest that working on this programme for a solid six weeks was an absolute pleasure.”

He continued: “And has really opened my eyes of what can be achieved in such a small amount of time.

“It was an absolute pleasure @jaybladesmbe for giving me and my team the opportunity to make something beautiful for such amazing deserving people and I can’t wait to do it all over again.”

When is Jay’s Yorkshire Workshop on?

On Tuesday (August 17), Jay announced when the show would finally be hitting screens.

He shared the news with fans on Twitter, saying: “Gives me great pleasure to announce the show that is very very dear to my heart, fusing community, making and learning all in one show. Jay’s Yorkshire Workshop!”

Gives me great pleasure to announce the show that is very very dear to my heart, fusing community, making and learning all in one show.

“Jay’s Yorkshire Workshop”@BBCTwo tomorrow 9pm@RTS_media thank you for posting & Nicky Johnston Thank you Sooooooooooo much for taking it pic.twitter.com/01zyDlpFEA

Fans are very excited to catch the first episode, with one replying on YouTube: “Looks like another great show!”

Meanwhile, earlier this year, Jay surprised viewers when he bravely opened up about plotting his own suicide.

He recalled how he drove along the M5 to end his life following the tragic breakdown of his marriage in 2015.