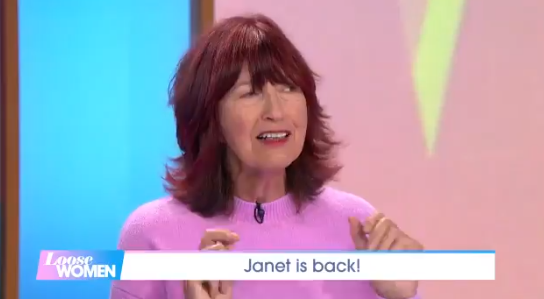 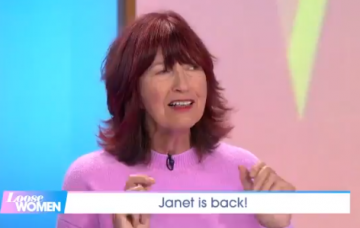 She's been away in Australia

Janet Street Porter has returned to Loose Women after spending Christmas and New Year in Australia.

During Wednesday’s show, the presenter, 72, said she’s fully recovered from her knee replacement operation, which she underwent last summer.

Janet also announced that she’s landed a role in Aussie soap Neighbours in which she will play herself.

When asked about her knee since the replacement surgery, Janet told viewers: “Before I went away, I had my knee replacement last July and you wrote to me on Twitter about how I was getting on.

“Well, it has completely and utterly recovered!”

We’re thrilled our Janet has fully recovered from her knee replacement 👏👏👏 pic.twitter.com/LJti4j1Ixu

Moving on to talk about her role in Neighbours, Janet kept very tight-lipped on her new TV job.

She said: “When I was in Australia I flew to Melbourne and I have a role in Neighbours! I get to play myself, I have more than one line.

“I’m not allowed to say any more, we are keeping it very, very secret. I spent the whole day on the sent. I went all round the set.”

Of getting a guided tour of Erinsborough she said: “Stefan [Dennis], alias Paul [Robinson], showed me round. I had to do my lines, I smiled so much my face was aching.”

However, exact details of Janet’s part are being kept top secret and will air later this year on April 19th.

As part of our 20 challenges before our 20th birthday in September, our Janet will be starring as herself in @neighbours on 19 April! #LooseWomen20 pic.twitter.com/CNg7TWJTZt

The appearance is part of Loose Women’s ’20 before 20′ challenge, which sees members of the panel ticking off items on their ‘wish list’ before the show celebrates 20 years on air this September.

The pair made viewers laugh as they made faces posing as ‘guests’ at Mercedes McQueen and Russ Owen’s wedding.

Speaking about their role at the time, Linda said she was “beyond excited” to be filming for one of the Channel 4 soap’s biggest storylines in years.

Read more: Janet Street-Porter reveals I’m A Celebrity producers asked her to get royal secrets out of Paul Burrell

Janet joked: “They asked me first! You’ve got no lines, I saw to that. They’ve been cut.”