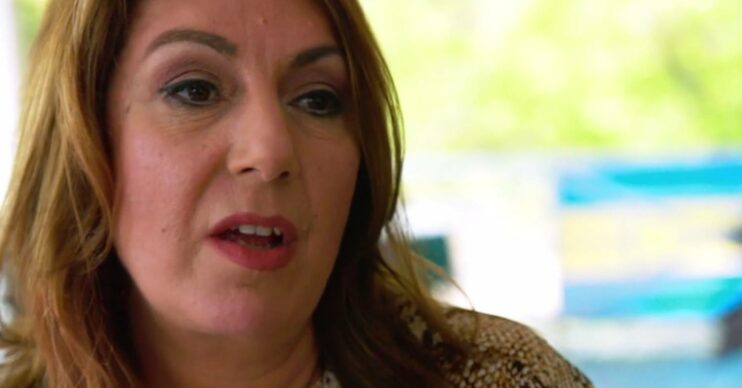 Jane McDonald has been a favourite on British telly for nearly 25 years after charming viewers on The Cruise – in fact, she married then partner Henrik Brixen during the BBC series.

He was a plumbing engineer on board the ship Jane performed on before later becoming her manager.

What happened with Jane and her second husband?

Jane – who appears on James Martin’s Saturday Morning this weekend – and Henrik ultimately split five years after they married.

She has reportedly previously reflected how she “began to feel lonely” in the marriage.

And, separately, Jane also opened up about being “selfish” in relationships in the very first episode of The Cruise.

Jane McDonald admitted she ‘tends to forget the partner a lot’

Jane admitted to having had to say sorry to significant others who may have placed her on a pedestal.

That’s because she didn’t necessarily return the “attention” she received.

I’ve not reciprocated and given that back which is very selfish of me and I apologise.

“I suppose I am difficult to live with because I am quite selfish, well I’m a lot selfish,” Jane said at the time.

“So I tend to forget the partner a lot; they give me all this attention.

“They’ve always got to be there for me, and I’ve not reciprocated and given that back which is very selfish of me and I apologise.”

‘Everybody falls in love on ships’

Even though her marriage to Henrik didn’t prove to be Jane’s happily ever after, she did hint romance is almost inevitable while cruising.

She explained in one episode: “Everybody falls in love on ships.

“I mean it’s the most romantic setting in the world.

“You’ve got the beautiful sunsets and you’ve got the gorgeous islands and the heat. I mean everybody just falls in love on a ship.”

However, Jane admitted those holiday feelings may not survive once the ships docks again.

“You go back to land and think: ‘What have I done here?'” she chuckled.