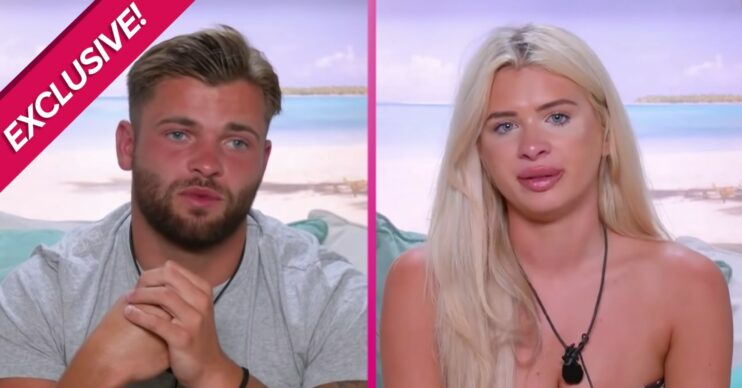 They've apparently quit the show just days before the finale

Jake Cornish and Liberty Poole are set to make up to £500,000 despite quitting Love Island, a PR expert has predicted.

The former couple have reportedly left the ITV2 series, after calling time on their seven-week romance.

But it appears the shock decision could work in their favour.

How much could Jake and Liberty make after quitting Love Island?

According to PR Director, Rochelle White, the pair could rake in the cash with a series of endorsement deals.

Rochelle told Entertainment Daily!: “I feel that some brands will jump on them straight away to be either brand ambassadors, the face of the brand or work with them on various collaborations.

“As they are close to finalists I think that many brands see them as a hot property. They will want to cash in on them and their popularity as fast as possible.”

Meanwhile, Rochelle is confident that Liberty and Jake will bag a lot more than the £50,000 cash fund.

She added: “I think that could be the case, if you look at past contestants they have suppressed the prize fund money and become millionaires like Molly-Mae Hague, Tommy Fury, Amber Davis and Alex Bowen.

“I do believe that sometimes, lasting towards the end of the show and maybe not being the overall winners, you still come out on top.”

So, what opportunities could the pair be given after leaving the villa?

Rochelle predicted: “We could see TV shows, presenting roles, radio spots or more. If you look at how far Kem Cetinay has come and the types of work he does, there has been a shift.

They will still come out on top

“I think Liberty would be more suitable, but depending on what Jake has to offer and where he wants to go, he could also be a face we see on mainstream TV.”

However, Jake and Liberty aren’t the only ones likely to profit following the show.

The PR expert concluded: “I feel that Faye, Kaz and Toby all have the potential to earn the most.

“But, there could be unlikely ones, for example Teddy. He is very likeable and seems to be a fan favourite.”

Meanwhile, according to a recent study by HypeAuditor, Liberty is the second most profitable Islander.

But the most profitable Islander is Millie Court, who can charge brands around £7,300 per post.