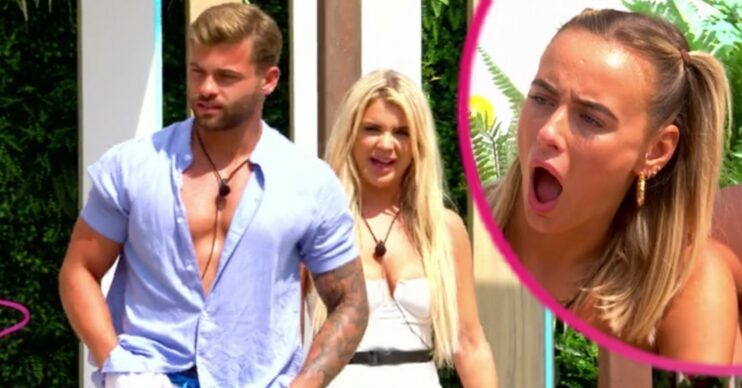 The couple called time on their seven-week romance last night

The waitress decided to call time on their villa relationship last night, as she admitted she felt like he didn’t love her for her.

However, it’s believed the pair have now left the ITV2 show for good.

According to the MailOnline, the pair came to the decision following their final date.

The reality stars initially hit it off during the show’s first episode, before embarking on a seven-week romance.

A source told the publication: “It was a really tough decision for the couple to make, but it felt like the right thing to do.

“They’d given it their all on camera and wanted to let their friends in other couples have a chance at winning.

“Saying goodbye was emotional for all the islanders, as they’ve become so close, like family, but it won’t be long before they’re all reunited.”

During last night’s show (August 19), Liberty broke down as she opened up on her true feelings towards Jake.

Speaking to the water engineer, she explained: “I just don’t feel like you love me for me and I want someone who loves me for me.

“I feel like I can do anything right. I don’t want to continue this feeling like I have to change for anyone.”

The Birmingham lass later ended things in another emotional chat.

Liberty added: “I just don’t feel like, if I’m being honest, that you love me for me and I want someone that loves me for me.

However, in a preview for tonight’s show, a “big decision” between the pair was teased.

Liberty asked her fellow Islanders to gather around the fire pit, with Millie Court looking shocked.

Fans rushed to Twitter over the scene, with many speculating that Jake and Liberty were leaving.

A second added: “Nahhh NO WAY are Jake and Liberty leaving together.”

However, another tweeted: “Based on Millie’s reaction at the end- did Jake propose?!”