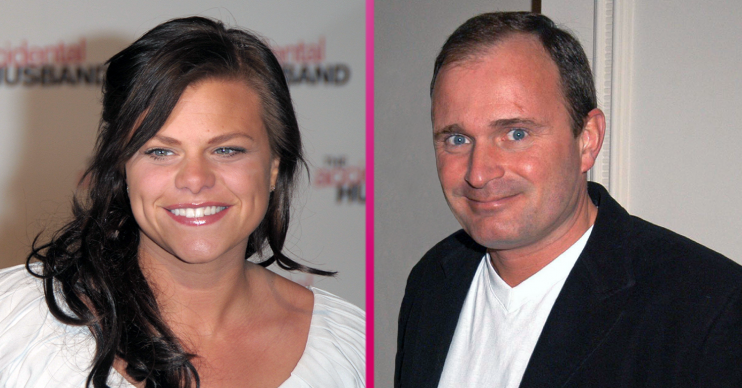 Big Brother star was matched with the Who Wants To Be A Millionaire? cheat on the Channel 4 show in 2003

Major Charles Ingram’s scandalous appearance on Who Wants To Be A Millionaire? spawned a brief career on reality TV, notably on Channel 4 show Wife Swap.

He and his wife Diana appeared on the celebrity version of the programme that saw couples separate and move in with a temporary ‘spouse’ from a completely different background.

I don’t like liars. I cannot stand liars, so that would irritate me.

The Ingrams – currently back in the spotlight thanks to ITV drama Quiz – were paired with reality royalty Jade Goody and her then-partner Jeff Brazier for a week.

Read more: Where are Charles and Diana Ingram now?

Ahead of the actual swap, Jade didn’t mince her words, saying: “I don’t like liars. I cannot stand liars, so that would irritate me.

“Again, can’t stand people with chips on their shoulders.”

And to say the Big Brother legend didn’t adapt well to the pairing is something of an understatement!

“At first I didn’t like him one bit,” she told Radio Times shortly after filming the episode, which aired in November, 2003.

“He was very irritating, very controlling, and he kept talking about how he did a lot round the house.

“But he never did anything to help me.

“After about four days, me and Charles had a big run-in, but that sort of cleared the air.”

Read more: Can you answer Charles Ingram’s Who Wants To Be A Millionaire? questions?

One particularly explosive scene saw her shout at him for being lazy!

In the end, Jade  – pregnant with her first child at the time – admitted: “I’ve learned to stop judging people before I meet them.”

And it seems familiarity didn’t grow contempt, but rather made the heart grow stronger for Ingram!

As the days passed,  he grew to “respect” Jade.

Did you watch this Wife Swap episode? Head to our Facebook page @EntertainmentDailyFix and let us know!

Charles Ingram Jade Goody Quiz Who Wants To Be A Millionaire? Wife Swap