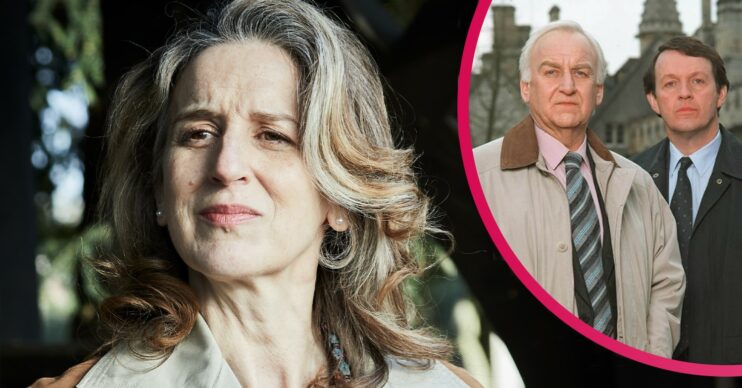 Endeavour on ITV1: John Thaw’s daughter Abigail stars as Dorothea Frazil but who is her real life mum?

Endeavour returns to ITV1 this week and many viewers may well find actress Abigail Thaw familiar – but is she John Thaw’s daughter?

So who is she and who are her parents?

Read more: Endeavour series 8: When is the Inspector Morse prequel back on ITV? Air date and plot details

Who is Abigail Thaw, who plays Dorothea Frazil in Endeavour?

Abigail Thaw is an English actress, who has been on our TV screens ever since her first role in 1995.

Her roles have included Jane Osborne in Vanity Fair, Abbie in I Want My Wife Back and Annabel Monroe in Housebound.

More recently, she’s appeared as Mrs Hundley opposite James Norton in The Nevers.

Abigail’s most significant role to date must surely be that of Dorothea Frazil in Endeavour.

She has appeared in the ITV1 series ever since the pilot episode in 2012.

She has since starred in 23 episodes of the popular drama.

Abigail’s role in Endeavour continues in the footsteps of her very famous father John Thaw.

Of course, TV viewers will know that John Thaw was the original Inspector Morse in the series of the same name.

So it’s a fitting tribute that Abigail now stars in the Morse prequel Endeavour.

John Thaw was also known for his roles in Kavanagh QC, Home to Roost and The Sweeney – among many others.

Tragically he died in 2001 of lung cancer.

Abigail has said: “Going to work on Endeavour doesn’t feel like a homage to my father, but it does give me a jolt every now and then it happens.

“Funnily enough, when I’m in Oxford, where I think about him a lot more.”

Abigail Thaw is John Thaw’s daughter but who is her mum?

Abigail Thaw was born in London to actor John Thaw and his first wife, Sally Alexander.

Sally is an academic/feminist activist who taught modern history at Goldsmiths College.

John went on to marry actress Sheila Hancock, who is Abigail’s step-mother.

Sally was a post grad at Oxford University and early feminist campaigner, who helped newspaper editor Dorothea Frazil (played by Abigail) with one of her journalistic investigations.

How old is Abigail Thaw?

Abigail J. Thaw was born in London on October 1965.

She is currently 55 years old.

Did you know Abigail Thaw was John’s daughter? Leave us a comment on our Facebook page @EntertainmentDailyFix.