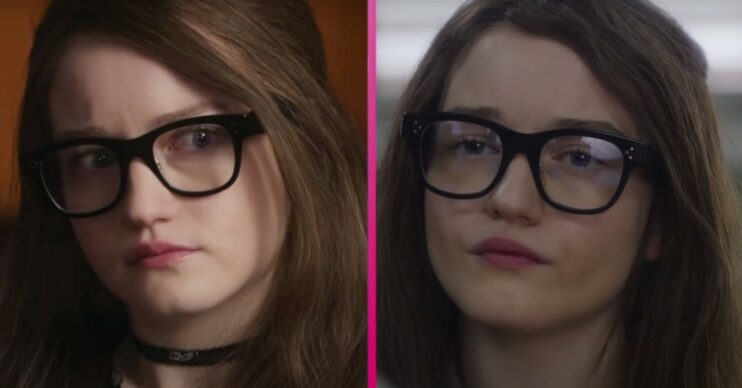 Inventing Anna on Netflix: Who’s in the cast and which characters are based on real people?

'This story is completely true except for the parts that are totally made up!'

Inventing Anna looks set to be one of the twistiest and most compelling Netflix series of 2022.

Created and produced by Shonda Rhimes – showrunner supremo of Grey’s Anatomy, Scandal and Bridgerton – the titular character is a New York society grifter who loved splashing out.

Unfortunately, it seems the drama’s lead prefers to spend other people’s money, rather than her own.

What is Inventing Anna all about?

The fictionalised portrayal of Anna’s fraud is also followed from the perspective of journalist Vivian, who investigated Anna’s fraud.

However, while Anna and several other characters in Inventing Anna do exist in real life, ‘Vivian’ is a creation merely based on the actual journalist, Jessica Pressler, who covered Anna’s deception in real life.

Read more: The real Anna Delvey of Inventing Anna: Is Anna Sorokin still in prison and did she get money from Netflix?

What is true and what is not in Inventing Anna?

That, along with the bizarre manner in which Anna duped her victims, means viewers may be constantly diverted by wondering about what is true and what is not within the drama.

And, going by the initial article that inspired Inventing Anna, that may be a feeling shared with the real life Anna’s diverted targets.

Indeed, during the course of Inventing Anna, Vivian ‘s husband Jack asks what the real story is with Anna. And Vivian herself is unable to nail it down, which might also apply to the dramatisation in itself.

Vivian replies: “Something about class, social mobility, identity under capitalism… I don’t know.”

Who’s in the cast of Inventing Anna?

Ozark standout Julia Garner leads the cast as Anna in a role that could bring her more awards.

Viewers may also recognise her from appearances in The Americans and Girls.

Anna made her acting breakthrough as a child star alongside Macaulay Culkin in 1991 flick My Girl.

She took a hiatus from acting in her 20s but stormed back into performing in 2006. Anna has gone on to have a memorable role as Amy Brookheimer in Veep, for which she received six Emmy Award nominations.

She has also appeared in the likes of 30 Rock and Hannibal.

Other familiar faces in the Inventing Anna cast include Laverne Cox as Kacy Duke, Katie Lowes as Rachel and Arian Moayed as Todd.

Laverne will be recognisable as Sophia Burset in Orange Is the New Black. Katie played Quinn Perkins in Scandal. And Arian is known to Succession fans for playing Stewy Hosseini.

How many episodes of Inventing Anna will air on Netflix?

Is Inventing Anna based on a true story? How much of it is based on what really happened?

Inventing Anna is based on a 2018 article published in New York magazine.

The piece is available to read online at the publication’s fashion blog The Cut.

The official Netflix trailer for Inventing Anna highlights “this story is completely true”.

However, those words are immediately undercut by an ambiguous witticism which could refer to the script’s tricksiness or Anna herself.

The proviso reads: “Except for the parts that are totally made up.”

Indeed, another tag line on promotional material hints at how unreliability might persist through both the ‘real’ and dramatised Anna’s accounts.

It teases: “Inspired by a true story of a total fake.”

How did Anna Delvey trick everyone?

She told acquaintances and targets she was a wealthy German heiress about to inherit.

And it seems this, alongside living an extraordinarily lavish lifestyle, was enough to convince she was worth hefty lines of credit.

Her aim was to establish a private arts club in Manhattan. And she engaged those who handed her money with a variety of tactics, including maintaining a luxurious social media presence on Instagram.

As the character of attorney Todd Spodek declares in the trailer: “Sometimes you’ve got to fake it until you make it.”

Which characters are based on real people?

Several characters in Inventing Anna are based on real people. However, it is crucial to remember it is a drama and not a documentary.

Among the characters with roots in real life people are Anna and Vivian (based on Jessica Pressler’s role in the real story coming to light).

However, Neff, Rachel and Kacy Duke are also among the names of Sorokin’s ‘friends’ and victims from the period when her scams occurred in real life.