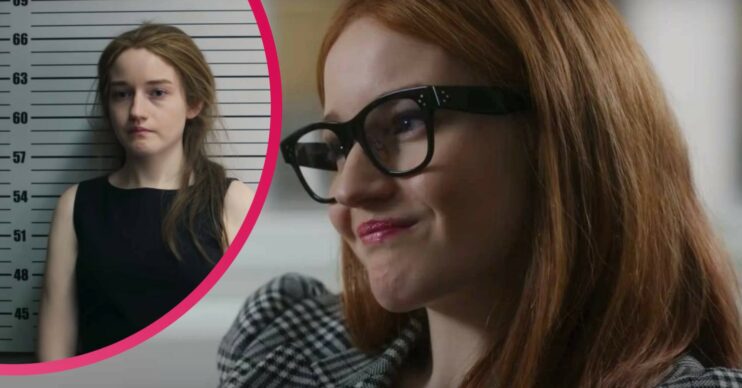 Inventing Anna: Neff and Anna are still friends and this sweet Instagram message proves it

But what happened to her other 'friends' and acquaintances?

Netflix’s Inventing Anna is “inspired by a true story of a total fake” but the people – including Anna and friends Neff and Rachel are real.

Scammer Anna Sorokin passed herself off as Anna Delvey, a German heiress, among New York high society before her grifting caught up with her.

But while Sorokin’s projected identity was inauthentic, her victims and others she encountered were very real.

Here is more information about the real people behind the characters, where to follow them on Instagram and what they’ve said about Anna Delvey.

Neff is a concierge who may be the closest Anna Delvey gets to having a friend in Inventing Anna.

The character’s real life counterpart Neffatari Davis was a primary source for journalist Jessica Pressler as she investigated Sorokin.

In the 2018 article on which Inventing Anna is based, Neff witnessed up close how Sorokin passed herself off as a trust fund baby, considering Anna more than a hotel guest – and as a ‘real friend’.

Read more: Bridgerton season 2: Who is Edmund Bridgerton? Isn’t he supposed to be dead?

Nonetheless, she still accepted the regular $100 tips for assistance she gave to Anna as her ‘de facto secretary’.

But even though Anna’s fundamental deception about her identity possibly ensured nobody else was really able to know her, Neff is portrayed as being in Anna’s inner circle as much as that was possible.

And it seems like they may still be friends to a certain extent. Posting last month, Neff wished Anna happy birthday on Instagram.

She wrote: “I could say a lot but I think @inventinganna will cover that for me.

“You’re my favourite Aquarius! You’re the Thelma to my Louise. And even though I don’t agree with all the things you’ve done in this lifetime, I could never be shady and forget about you.

“Thank you for teaching me to not give a [blank], and how important expensive T-shirts really are. Quality matters. I ❤️ you crazytail.”

Rachel Williams, in real life, was a photo editor at Vanity Fair when she encountered Anna Delvey.

She, Neff and Anna’s trainer were all invited to do go on a trip to Morocco and stay in a $7,000-a-night riad with a private butler.

Neff, advised to quit her job so she could go, ultimately decided against going. Anna’s trainer returned to New York after only a couple of days after coming down with food poisoning.

But when Anna was unable to pay for their luxurious hotel costs after her credit card failed, Rachel was compelled to cover the costs herself. And the amount was more than she earned in a year.

A litany of excuses followed as Anna evaded paying Rachel the full amount back.

Rachel went on to release a book called My Friend Anna in 2019.

She has reflected on her sense of betrayal, telling Harper’s Bazaar: “It was extremely destabilising when I realised what was going on and I kept asking what was and wasn’t real between us.

“I wasn’t acting when I was being her friend, so her acting like this was very painful.”

Actress Katie Lowes is best known for her role in another Shonda Rimes hit. She played Quinn Perkins in Scandal between 2012 and 2018.

Todd Spodek was Sorokin’s defence attorney – and was responsible for several eyebrow-raising moments during her trial.

Mr Spodek claimed: “Through her sheer ingenuity, she created the life that she wanted for herself.

“Anna was not content with being a spectator, but wanted to be a participant.

“Now we can all relate to that. There’s a little bit of Anna in all of us.”

And not only did he compare her to Frank Sinatra when claiming she was trying to ‘make it’ in New York by ‘creating a gold opportunity’, he also obtained clothes for Anna to wear during her trial after she balked and had a meltdown over what she was permitted to wear in court.

Before Inventing Anna, actor Arian has made appearances in fantasy series Believe and political drama Madam Secretary. But viewers will most recognise him from his performance as investor Stewy Hosseini in Succession.

Read more: The Tinder Swindler: Where is Simon Leviev now as Cecilie vows to fight on?

What do you think of Inventing Anna? Are you surprised Neff is still friends with her? Leave us a comment on our Facebook page @EntertainmentDailyFix and let us know what you think of this story.