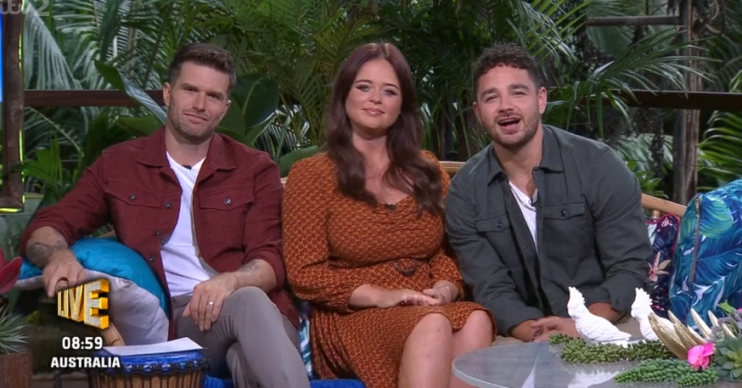 Not everyone is convinced the ITV2 programme is worth watching

Extra Camp has come under fire from I’m A Celebrity viewers who believe the ITV2 spin off show has declined over the past couple of years.

The 2019 series has seen popular TV personalities Emily Atack and Adam Thomas recruited for presenting duties alongside Joel Dommett, who has been a regular for the programme since the 2017 series.

However, the latest run of shows has not been a complete hit with everyone able to type out their thoughts for posting on social media – with some viewers wondering whether Extra Camp is worth bothering with at all.

Cutting right to the chase, one uncompromising person tweeted about the format: “#ExtraCamp has become really bad & unwatchable since Laura Whitmore + a proper comedian quit.

First day on set !!! @imacelebrity bring it on!! @joeldommett @emilyatackofficial

Another critic was similarly brutally clear in how underwhelmed they felt with the current presenters.

This is the worst team on Extra Camp you have ever had.

“Bring back Joe swash!!” they demanded.

“That Adam fella is not funny and just annoying, Joe is naturally clumsy which makes him funny as [bleep] without even meaning to be #ExtraCamp.”

Love this. Love ya @joeldommett

And another viewer seemed particularly put out by how last year’s runner up Emily Atack expresses herself.

“This is the worst team on Extra Camp you have ever had,” they claimed.

“Sorry to say it but that Emily’s language leaves a lot to be desired. #ImACeleb.”

Another unhappy observer wondered: “#imacelebextracamp how much does it cost to send these second rate people in to celebrity extra camp. Waste of money.

“The show is dog [bleep] and they are getting well paid for it.”

Meanwhile, more haters have suggested they may not be watching again in future.

“Does anyone actually watch this extra camp crap,” one tweeter pondered.

Is it too soon to say I love you guys?Either way I don’t care ! Thanks for everything man! You guys are the best co hosts I’ve ever worked with…and I’ve worked with @antanddec sort of…well that’s what I’m putting on my cv! basically I think you guys rock ! Love yas x @emilyatackofficial @joeldommett @imacelebrity #extracamp @itv2

“Who even watches extra camp [bleep] off,” contributed another unimpressed individual.

Someone else echoed that thought: “Can extra camp [bleep] off so I can watch family guy.”

And yet another remarked: “3 minutes into watching #extracamp and already turned off. So [bleep] 😒.”

The cheesiest photo I’ve ever had taken of myself. I should be a fighter pilot…Or at least have a LinkedIn