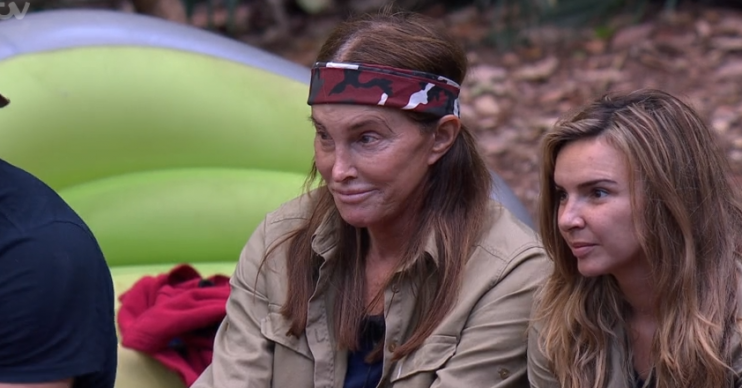 Viewers of I’m A Celebrity were left fuming when Caitlyn Jenner was in the bottom two last night.

On Monday night’s episode, the American TV star and former EastEnders actor Cliff Parisi were in the bottom two after receiving the least amount of votes.

Hosts Ant McPartlin and Dec Donnelly revealed Cliff was leaving the jungle but fans were still wondering why Caitlyn, 70, was at risk of being sent home.

One person said on Twitter: “I actually cannot believe #caitlyn had the lowest votes to stay in #imaceleb next to #cliff. Not James. Not Ian.”

Another wrote: “Might be Caitlyn over James & Ian. What are we playing at? Caitlyn [is] one of the best in there!”

A third tweeted: “Cliff and Caitlyn got lower votes than Ian and James??? Are you kidding??”

I actually cannot believe #caitlyn had the lowest votes to stay in #imaceleb next to #cliff.

Not James. Not Ian. #imacelebrity

Might be Caitlyn over James & ian. What are we playing at. Caitlyn one of the best in there! #ImACeleb #ImACelebrity

Cliff and Caitlyn got lower votes than Ian and James??? Are you kidding?? #ImACeleb #Imacelebrity

No way was Caitlyn bottom two though, they are just trying to boost her votes I reckon 🤞🏻😅 #imaceleb #ImACelebrity2019

Kate 52, asked Caitlyn about the surgery she underwent when she transition from a male to a female.

Caitlyn revealed there are “distinct characteristics” between male and female faces and suggested Kate should have some surgery to make her look more feminine.

Cliff and Caitlyn got lower votes than Ian and James?

Caitlyn said: “There are distinct characteristics between the female bone structure and the male, the biggest one [is] the distance between the top of your lip and your nose. It’s less on women although you have quite a bit.”

Pulling a sad face, Kate said: “I’m not comfortable,” to which Caitlyn said: “You’re the exception, sorry. Don’t worry, we can fix it.”

Speaking in the Bush Telegraph, Kate said: “She’s reassured me she has just the person to fix it out in LA.

“So when I go out to visit, I could come back a whole new Kate.”