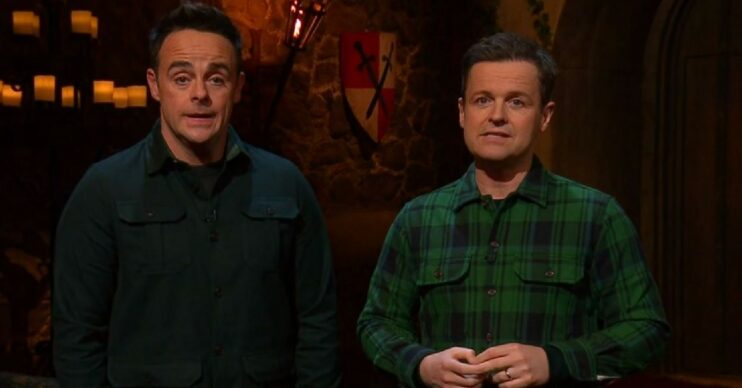 Dec's fans were loving his shirt!

On Thursday night, Dec and his co-star Ant McPartlin coordinated their outfits and fans were loving it.

But it was Dec’s green plaid shirt which grabbed the most attention from viewers on Twitter.

What has happened on I’m A Celebrity tonight?

As the Geordie duo opened the programme, the tweets came flooding in about Dec’s shirt.

Some were loving it, and some weren’t keen.

Another said: “Kudos to the wardrobe dept who have to find stuff for Ant and Dec to wear each day that isn’t the same but also different.”

However, one tweeted: “Oh Dec?? What you wearing Mr Lumberjack??”

Another said: “Why does Dec look even more smaller in that shirt?”

Meanwhile, before the show began, Ant and Dec shared a selfie to their Twitter account and fans couldn’t get enough of Dec wearing glasses.

Dec wrote: “Show 16 ready for you in Wales. Tune in a few minutes earlier to see the first play of the full #LimitlessWin promo. Hope u like it. D.”

#ImACeleb Show 16 ready for you in Wales 🏴󠁧󠁢󠁷󠁬󠁳󠁿

Read more: I’m A Celebrity: David Ginola accused of wanting a ‘free ride’ after ‘chickening out’ of trials

Another gushed: “Campaign for Dec to wear his specs for tonight’s episode.”

I’m A Celebrity airs on ITV, this week, from 9pm.