ITV viewers have criticised I'm A Celebrity... Get Me Out Of Here! star Adam Thomas for being "inappropriate" with a female member of the crew and making her feel "uncomfortable".

On Tuesday (19.11.19) evening's episode of spin-off show Extra Camp, which Adam hosts alongside Emily Atack and Joel Dommett, the former Emmerdale actor took viewers through a preview of the series' first eating trial.

After Emily and Joel introduced the segment, the camera cut to Adam and a crew member called Molly standing in an ice-cream parlour. 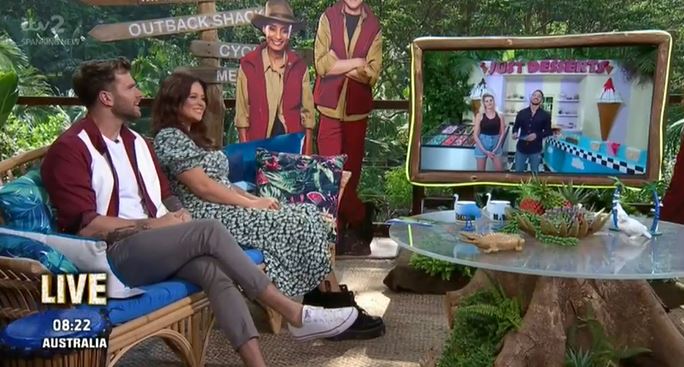 Adam was hosting a preview of the first eating trial (Credit: ITV)

Read more: I'm A Celeb fans in hysterics as Martin Kemp 'gets revenge' on son Roman

Adam, who shares five-year-old son Teddy and 18-month-old daughter Elsie-Rose with his wife Caroline, said: "I am here with the one, the only, the beautiful, the gorgeous... sorry, what's your name again?"

Laughter erupted in the studio and the woman with Adam replied, grinning: "It's Molly..." 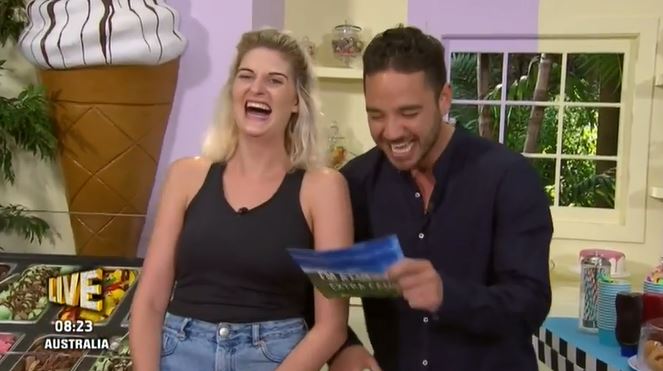 He appeared to forget her name (Credit: ITV)

"Molly! I knew that," Adam told her. "I was going to say that. Molly's just told me how nervous she is, I'm nervous, so if we can get through this without messing up it'll be a miracle.

Molly, Adam and the crew behind the camera all burst out laughing. 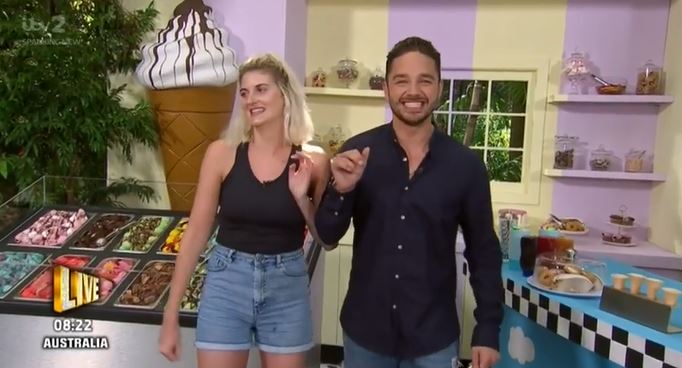 But it appears some viewers didn't like what they saw, with some even branding it "creepy" and "uncomfortable".

Another said: "Adam Thomas hitting on the trial woman and his whole encounter with her was just creepy #ImACelebExtraCamp #ImACeleb."

A third asked: "Doesn't Adam have a missus? #ExtraCamp."

Someone else put: "Anyone else notice how uncomfortable Adam just made the poor trial lady? #extracamp."

A fifth tweeted: "Isn't Adam married? Or is this him telling us he's not anymore? #ExtraCamp."

"Why was Adam Thomas flirting with a member of @ImACelebrity's production team when he has a wife and child?" demanded a sixth viewer, adding: "That's a big no-no."

ED! contacted reps for ITV and Adam Thomas for comment.

Doesnt adam have a missus? 👀🤣#ExtraCamp

Isn’t Adam married?? Or is this him telling us he’s not anymore? #ExtraCamp

Why was Adam Thomas flirting with a member of @ImACelebrity's production team when he has a wife and child? That's a big no-no. #ImACeleb #ImACelebrity #ExtraCamp

But not all viewers were turned off by Adam's presenting style.

"Adam Thomas's laugh is the best thing about #Extracamp," said one fan.

Another tweeted, "Loving Adam!" while someone else called him a "legend".

Adam Thomas’s laugh is the best thing about #Extracamp

Read more: I'm A Celebrity: Fans beg for Jane McDonald to meet Adele on the bridge

The eating trial, due to feature on tonight's (20.11.19) episode, will see campmates Adele Roberts and Roman Kemp gobbling up animal body parts and various disgusting edibles as they try to get stars for the camp.

In a preview shared by ITV, Adele is seen gagging as she chows down on a pig's uterus.