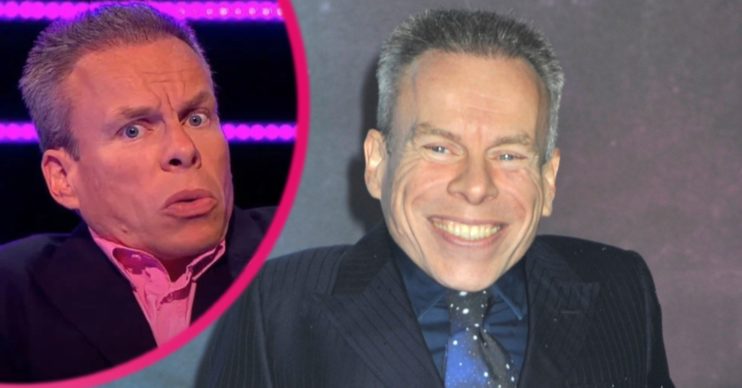 The ITV presenter took action after his family were targeted

Tenable host Warwick Davis has dealt with his fair share of trolling in the past – but has always came out on top!

The 51-year-old Harry Potter actor – who joined the ITV quiz show in 2016 – isn’t afraid to address horrible comments from trolls and has proved that in the past.

He once responded to an offensive comment about his family, who were all born with forms of dwarfism.

Back in 2018, Warwick hit out at the troll after they referred to his loved ones as “midgets”.

The offensive term is used when describing a person of very small stature.

However, the comment didn’t go unnoticed by the ITV star who was quick to defend his family.

Read more: Tenable quiz team made up of ‘coppers’ ‘should be arrested’ for ’embarrassing’ performance

Alongside a screenshot of the message, he wrote: “@Twitter is supposed to have clamped down on abusive behaviour on their platform.

“However, even after reporting twice, and explaining how offensive the word ‘midget’ is to many short statured individuals, they continue to allow the Tweet below to remain on the users timeline.”

At the time, Warwick’s tweet was met to a series of supportive message from fans.

.@Twitter is supposed to have clamped down on abusive behaviour on their platform. However, even after reporting twice, and explaining how offensive the word ‘midget’ is to many short statured individuals, they continue to allow the Tweet below to remain on the users timeline. pic.twitter.com/BnQczdyqGM

One wrote: “Awful. So sorry that you and your beautiful family have to deal with this kind of insensible and hurtful crap.”

In addition, a second shared: “The whole thread is just disgusting. I’m sorry that you have to deal with that rubbish. Love to your beautiful family.”

A third added: “Wow. That is horrendous! Sort yourselves out @Twitter!”

Meanwhile, at the time, Warwick took the time to thank his fans for their support.

He added: “Wow! What can I say? I am overwhelmed by the response I have received about this.

“Thank you each and every one of you for taking time to ‘like’ and ‘retweet’, and in turn doing your bit to educate and make the world a better place for everyone.”

Although it didn’t end there.

Furthermore, Warwick revealed Twitter had been in touch over the incident.

Addressing his fans, he wrote: “News just in… @Twitter have emailed me…”

The email read: “Thank you for contacting us about this issue. We have reviewed the account you reported and have locked it because we found it to be in violation of the Twitter Rules.”

In addition, Warwick shared: “Thanks everyone! You are a Force for good!”