Holly Willoughby has been criticised for her wardrobe choices, by fans who think she should dress "sexier".

The This Morning host, 38, regularly shares her chosen outfit with her social media fans - but she may have regretted it this week when some of her followers accused her of being too "frumpy". 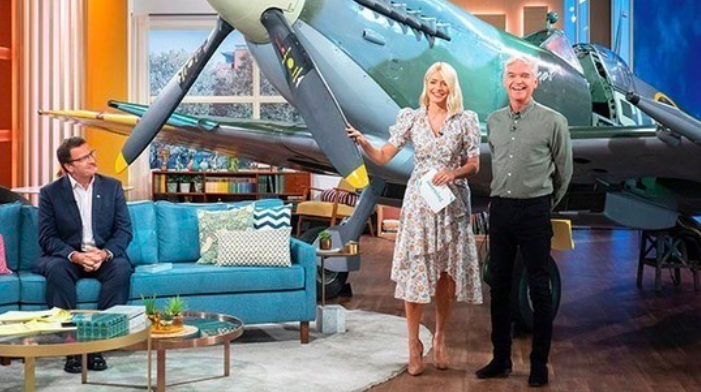 Holly and Phil welcomed a real spitfire into the This Morning studios (Credit: ITV)

Read more: This Morning's Vanessa Feltz rages at caller who says he was 'forced to cheat on his wife'

However, when she shared a picture of herself with her 5.5million Instagram followers, she received a backlash from fans who branded her outfit "childish" and "mumsy".

One questioned: "What is this thing for childish dresses in a busy print?"

Another said: "I'm not keen on this dress or any dress that reminds me of what I wore when I was 12."

Sorry this doesn't suit you. It looks frumpy.

"Holly you look amazing in everything," chipped in another fashion critic. "But I personally think you should wear something more your age - sexier. Those dresses are more for ladies over 50."

One more added: "Sorry this doesn't suit you. It looks frumpy." 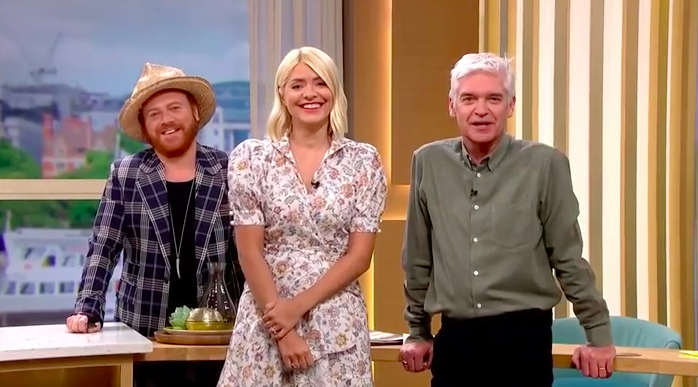 In fact the mum-of-three's dress cost £720 and could well have been inspired by the D-Day special theme of the show.

Some viewers approved of the dress, however, describing it as "feminine", "lush", "beautiful", "dreamy", "gorgeous" and "elegant".

However, just two months later, she revealed she had to step down from the brand due to work and family commitments.