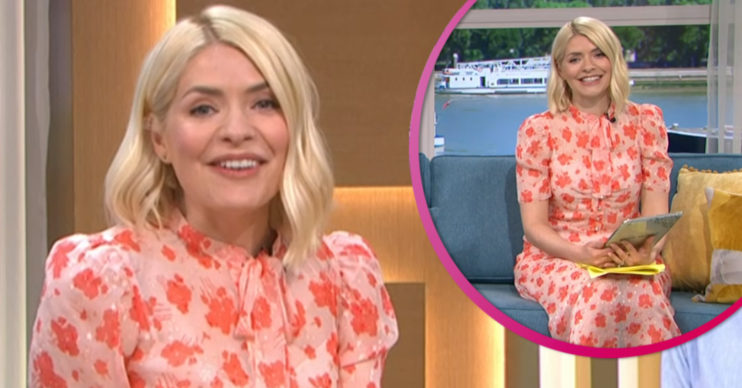 The presenter wowed in a £425 dress on Monday

Holly Willoughby stunned in a floral dress today as she returned to This Morning after a break.

The presenter, 40, took an extra week off after her annual Easter break and viewers were gutted.

However, Holly made her return to the show on Monday (April 26) and won over fans with her choice of dress.

What dress did Holly Willoughby wear on This Morning today?

The star wrote alongside a photo of her outfit: “Morning Monday… how are you?

“Excited to be back and timed perfectly with all the energy of the pink super moon tonight.

Fans were thrilled to have Holly back, with one person saying “order has resumed”.

They commented: “Yaaaaasss order has been resumed.” [Sic]

One added: “Can’t wait to see you again! Missed you all of last week!”

Another wrote on Twitter: “@hollywills normality has returned you’re back!”

In addition, one said: “Yay! Good to have you back @hollywills missed you! #ThisMorning.”

Where has Holly been?

Holly took last week off and was replaced by Rochelle Humes.

It wasn’t revealed why the mum-of-three hadn’t returned last Monday following her Easter break, however, she told fans she was working on an “exciting project”.

This led to fans speculating about her absence, with some thinking she was filming for Midsomer Murders.

Last month, Holly was offered a cameo role in the drama by actors Neil Dudgeon and Nick Hendrix and she accepted.

Many fans think she could have been filming her scenes.

After Holly revealed she was working on a project, one fan wrote: “Checking your script out for Midsomer Murders maybe?”

Another added: “Thinking could it be Midsomer Murders. I remember them asking you to join them on the drama and they would see what they could arrange.” 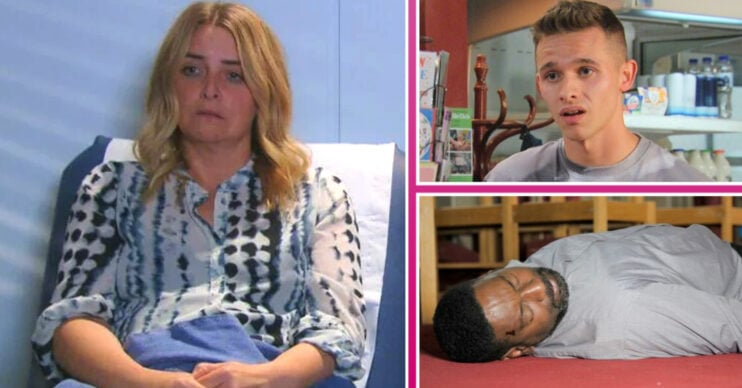