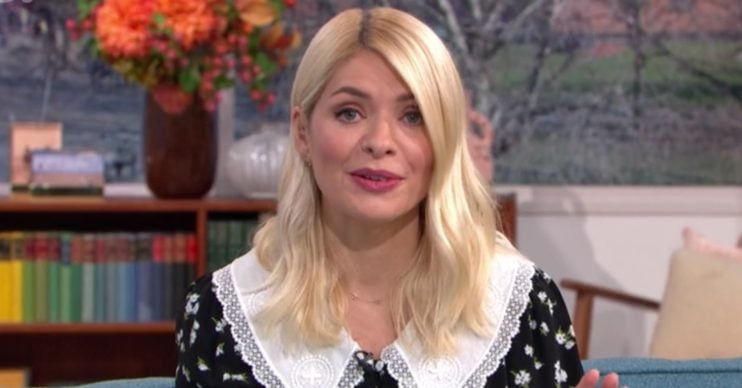 She's working on an 'exciting project'

Holly Willoughby is currently on a break from hosting duties on This Morning – and fans believe they know why.

The 40-year-old presenter recently revealed she’s working on an “exciting project” while on a break from the ITV programme.

Instead, Holly has been replaced by Rochelle Humes on the show.

Sharing the cryptic post on Sunday, Holly wrote: “Vitamin d, caffeine and a side order of distraction from Chester…

“Working on something else next week which I can’t wait to share with you all… thank you to the lovely @rochellehumes for keeping my side of the sofa warm.”

However, some fans believe Holly is actually filming a guest role on Midsomer Murders.

Would it be Midsomer?

Taking to the comments, one wrote: “Would it be Midsomer?”

A second shared: “Thinking could it be Midsomer Murders. I remember them asking you to join them on the drama and they would see what they could arrange.

“This was a few weeks ago when you and Phil [Schofield] were chatting to a couple cast members one morning on your show. Good luck whatever it is.”

A third agreed: “That’s my guess too!”

A fourth commented: “Checking your script out for Midsomer Murders maybe?”

On Twitter, another guessed: “Holly are you having a secret adventure? One thinks there maybe some skullduggery afoot #MidsomerMurders.”

When was Holly offered the role?

At the time, the host was interviewing two of the drama’s stars Neil Dudgeon and Nick Hendrix on This Morning.

Holly added: “Aw guys! I mean you’re going to have to kill me off really quickly because I’m terrible at acting.”