She's known for her stylish outfits and immaculate hair and make-up, but Holly Willoughby embraced a new look as she and her This Morning co-host Phillip Schofield poked fun at chef Gino D'Acampo.

The pair were seen wearing bandanas, just like Gino, during his meatball cooking segment. Struggling to keep the smile off her face as she approached the kitchen, Holly eyed up Gino's unusual choice of headwear.

Phil said: "So is what you've got on your head now, this is a new essential, is it?"

"What are you talking about?" Gino said.

"This, I don't know if you can see it, but on your head you have like a bandana," Holly explained, as Phil approached his co-host to tie one around her head.

"Are we going here? Looks like I am," Holly said.

"Now we're starting to rock together," Gino said, before Holly tied one to Phil's head.

Read more: The Queen is a "fan" of "unflappable" Kate Middleton

"You should've gone for blue, you're not going to see this on your head," Holly quipped, tying a white bandana to Phil's head.

The trio then proceeded to present the segment wearing the new headgear. 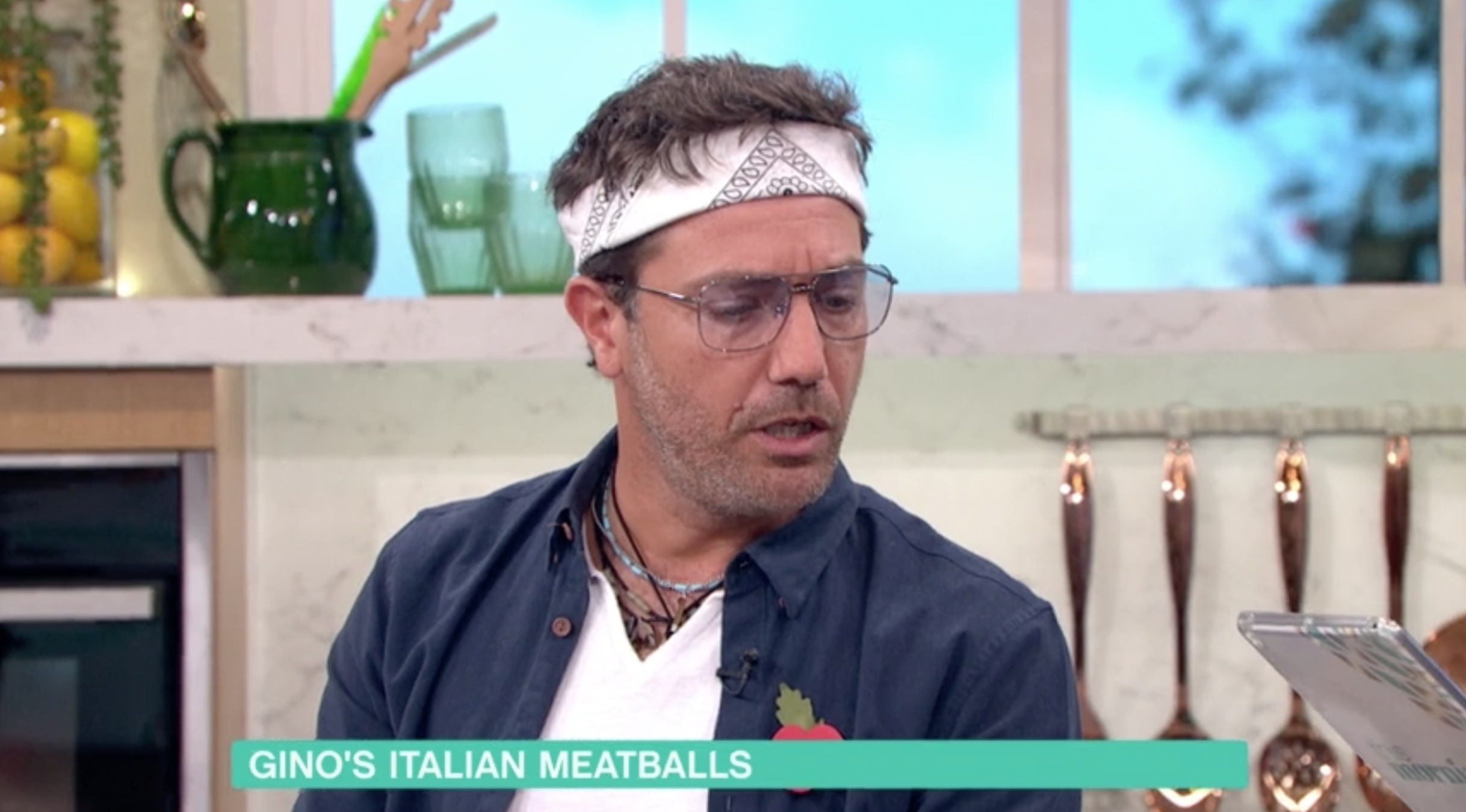 Taking to Instagram after the show, the duo didn't leave the joke there, posting a picture with Gino while wearing their bandanas.

So is what you've got on your head now, this is a new essential, is it?

They captioned the shot: "Looks like everyone is embracing the latest fashion trend!"

Looks like everyone is embracing the latest fashion trend! 🤔 #ThisMorning

"Brilliant," said one fan of the look.

Last week, Phil joked that Gino – who is growing his hair – was having a "public mid-life crisis" when he was interviewed on the show's famous sofa while wearing a bandana.

What do you think of Gino's bandana? Head to our Facebook page @EntertainmentDailyFix and let us know if you'll be sporting one!