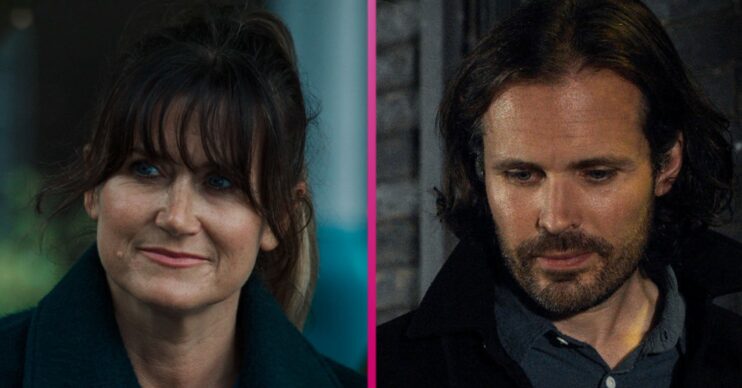 Could there be wedding bells?

There’s also a proposal and a shock return.

Amelia is still on cloud nine following her miracle pregnancy news and has arranged a scan as an early Christmas present for Eli.

The couple are excited to get their first glimpse at their unborn child but when the sonographer is unable to find a heartbeat, they’re devastated.

Eli is keen to get Amelia back on the trial she was forced to opt out of meanwhile Amelia questions her faith after everything she’s been through.

As Eli struggles with his loss, he gets some much-needed advice from Josh.

Having supported Josh through his bulimia relapse over the last few weeks, Eli is grateful Josh is there for him in his time of need and encourages him not to diminish the enormity of what he’s been through.

Josh encourages Eli to be there for Amelia, but what does the future hold for the couple now?

Young cancer patient Sammy is back next week as he prepares for surgery on AAU.

As the team prepare for the complex, multi-stage surgery, which is one of the biggest operations they’ve ever done.

Ollie is determined to stick to his promise to Sammy’s mum and be in the operating theatre.

Ollie assures Hanssen he’s been working with a therapist to get his PTSD under control.

In the wake of Sammy’s surgery Hanssen is impressed with Ollie and thinks it’s time he resumed his training at Holby.

However Ollie isn’t so sure medicine is right for him after all and explains he thought he would feel different after the surgery, but doesn’t.

The festive season is in full swing as the staff prepare for an evening of Christmas fun.

However it appears Kylie has made a mortifying Secret Santa mistake with her gift for Louis and doesn’t have much time to rectify it.

Soon Kylie drops the L bomb on Louis, how will he react?

Ange has a romantic plan for Josh. After arranging to meet an oblivious Josh after work, she gets down on one knee and asks him to marry her.

However she’s left crestfallen by his answer.

Floored by her proposal, Josh realises he needs to be honest with Ange about his recovery and tells her the therapy isn’t going as well as he hoped and is still struggling to get the illness under control.

Josh explains he wants to get better for Ange but insists he can’t marry her until he does.

But when Ange puts her heart on the line and tells Josh what he means to her, will he change his mind?

Ange steps in to support

Read more: Trigger Point on ITV1: What’s it about, how many episodes is it and when does it start?

Dom is back in the wake of Carole’s death but it soon becomes clear that he shouldn’t be.

As a grieving Dom struggles to get through the day and finds himself lashing out at Jeong, whose Christmas cheer tips him over the edge.

Spotting the exchange, Ange steps in to support her son.

Another character will be back in tonight’s episode. Keep an eye out!

Holby City continues Tuesday (December 14) at 7.30pm on BBC One.