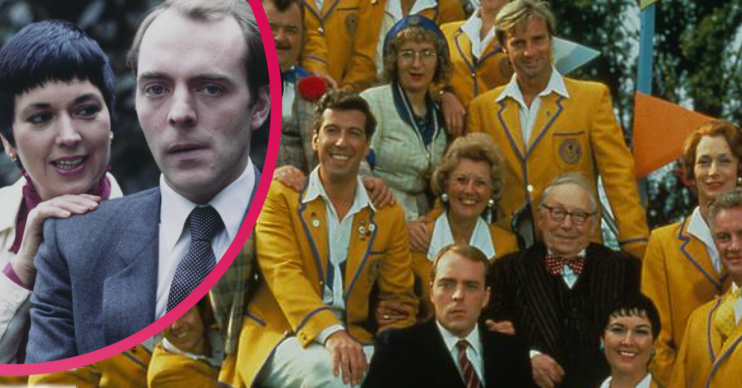 Hi-De-Hi: All The Laughs and More: Where are all the cast now?

There's a new Channel 5 documentary about the hit sitcom tonight

It’s been over 30 years since we waved goodbye to the cast of Hi-De-Hi after the last episode of the sitcom was broadcast on BBC One following almost a decade on screen.

Channel 5’s new documentary tonight (Saturday March 26), Hi-De-Hi: All The Laughs and More, takes a look back at the campsite sitcom and what made it such a huge success.

The incredible cast working at the fictional Maplins camp definitely had a lot to do with it.

Here we take a look back at who was in it and where they are now.

Su is a British actress and singer/songwriter but she’s best known for her role as chalet maid Peggy in Hi-De-Hi. Peggy was primarily a cleaner but desperately wanted to be one of the Yellowcoat entertainers.

Read more: Queens of Mystery on Channel 5 – who’s in it and what’s it about?

After the series ended, Su had a successful career in TV. She hosted It’s A Royal Knockout and she’s had cameo roles in Benidorm and was in the 2011 series of Strictly Come Dancing.

More recently, Su has been a regular on the panto scene and she took part in Celebrity: The Chase in 2020. And she also delighted fans on Celebrity Masterchef in 2021.

Ted was popular with the campers and known for trying to scam them out of money, including stunts like fake raffles.

Despite always moaning about his job, Ted was gutted when, after a modernisation, he was no longer needed at Maplins.

Paul was offered the role after one of the writers, Jim Perry, saw him playing Frank Roper in Coronation Street.

When Hi-De-Hi ended in 1988, Perry invited Paul to join the cast of new sitcom You Rang M’lord in which he played Alfie Stokes for six years.

During his later career, he had roles in Emmerdale and Holby City.

He died in a hospice in May 2013 as a result of a brief period of ill health.

Now 75, Ruth played glamorous chief Yellowcoat Gladys Pugh, who prided herself as being the most popular woman at Maplins.

She had an unrequited crush on Jeffrey Fairbrother. Her nemesis was Sylvia Garnsey, who Gladys saw as her competition for Jeffrey’s affections.

Ruth was most famous for playing Gladys but she also starred as Daffyd Thomas’ mum in Little Britain.

She’s also starred in a few pantos, like former co-star Su Pollard. She starred alongside Amanda Holden in BBC sitcom Big Top, which was set in a circus.

Swansea University awarded her with an honorary degree in 2006. When she married second husband, John Jackson, Paul Shane was best man.

Jeffrey played Maplin’s comic act Spike Dixon. He was known for his friendship with Ted and fell in love with Gladys, although this was unrequited. Instead he dated another Yellowcoat, April.

After Hi-De-Hi ended he also had roles in You Rang M’lord and Oh! Doctor Beeching, which were written by the same team.

In 2011 he had a role in Coronation Street as Clive Drinkwater. In November 2020 he took part in a virtual Hi-De-Hi reunion with Su and Ruth, which was live streamed on YouTube.

Snooty Yvonne Stuart-Hargreaves who saw herself as too good to be working at Maplins, was played by Diane.

Camp dance instructor, she was regularly seen scheming with partner Barry to make cash from campers.

When her TV career ended, Diane lived in a quiet Surrey village before passing away in 2009.

She was notoriously private. She never married or had any children. As a result, her final resting place is also unknown.

Best known for playing Jeffrey Fairbrother in the first five seasons, Simon sadly passed away in 1996 at the age of 45 from lung cancer.

He had also suffered a near-fatal heart attack in the same year after giving a recital with Joanna Lumley at The Queen Elizabeth Hall in London. He underwent triple heart bypass surgery.

His Cambridge-educated character was a love interest for both Gladys and Sylvia.

Nikki played Sylvia Garnsey, nemesis of Gladys. The women frequently clashed over Jeffrey Fairbrother and Sylvia enjoyed winding Gladys up. She also flirted with other men at Maplins.

In real life, Nikki is the great-niece of Sir Johnston Forbes-Robertson, who co-founded RADA.

In 1993 she starred in ITV sitcom The Upper Hand. More recently she had a role in psychological thriller Silent Hours, which also starred Hugh Bonneville.

Hi-De-Hi: All the Laughs and More airs Saturday at 7.45pm on Channel 5

So what did you think of Hi-De-Hi? Leave us a comment on our Facebook page @EntertainmentDailyFix and let us know what you think!