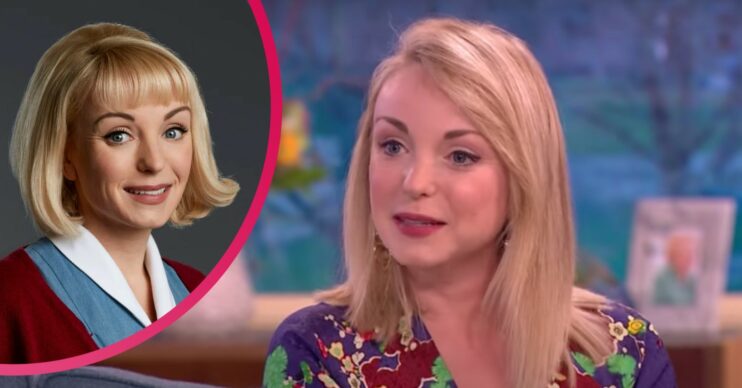 Lark arrived on her father's birthday in November

The new arrival turned up a little earlier than expected – born on her father Jack Ashton’s birthday in November.

Despite the early labour, Trixie Franklin star Helen has told the Sunday People that baby Lark is “thriving”.

The 37-year-old mum-of-two also addressed her future on the show in a chat with the tabloid’s Love Sunday magazine.

Asked whether she has any plans to leave Call The Midwife, Helen indicated Lark is her current priority.

However, she also made it clear that moving on from the BBC series is not in her thinking.

The former Strictly star responded: “I’m just focused on the baby, but there’s no plan to leave at the moment.”

In addition, Helen spoke about the future for her much-loved character Trixie.

She continued: “Well, widower Matthew Aylward pops up, so we look at whether that’s going to go any further.

“There’s lots going on and it was really fun to film. And we have a wedding in this episode as well as lots of births.”

There’s no plan to leave at the moment

Helen, who stars in the upcoming Christmas special, went on to note how partner Jack looked after their eldest daughter Wren Ivy, four, while she filmed during her pregnancy.

Furthermore, she also stressed how adamant she was to continue working while she was expecting.

At the time, the actress sharing a picture of Jack with their newborn on his chest.

She announced the news, saying: “Happiest of birthdays my love. What a week. And forevermore you will share your birthday week with your second born.

The Call the Midwife Christmas special 2021 airs on Christmas Day (Saturday December 25) at 8pm on BBC One.