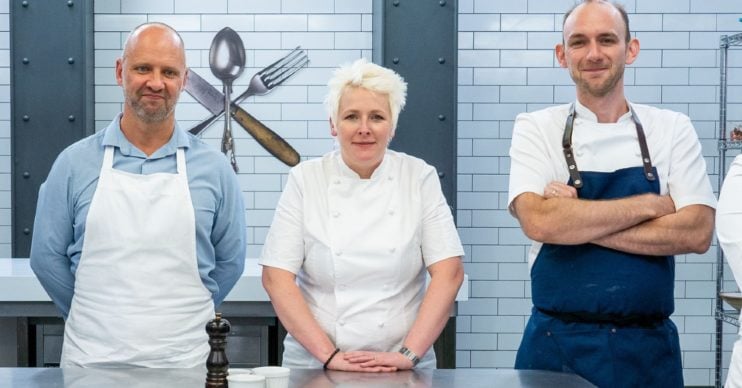 Great British Menu judge Lisa Goodwin-Allen: What restaurant does she work at?

The chef is a heavyweight in the world of food!

But does she have a Michelin star? And what restaurant does she work at?

Here’s everything you need to know about the respected judge.

Read more: MasterChef UK: What is the prize for winning? What are champs Saliha and Kenny up to now?

Great British Menu Lisa Goodwin-Allen: Who is she?

Lisa Goodwin-Allen is a British chef best known for being executive chef of the Michelin-starred Northcote restaurant.

First of all, she started her cooking career at the restaurant Holbeck Ghyll in Windermere, Cumbria.

At the same time, she completed a National Vocational Qualification in catering.

She also worked at Le Champignon Sauvage in Cheltenham, and started working there permanently after finishing her course.

Finally, she started work at Northcote and remains there to this day.

Lisa was also one of four winning chefs on season five of the BBC cooking show Great British Menu.

She was the only female chef in the competition, and competed against fellow local chefs Johnnie Mountain and Aiden Byrne.

Lisa subsequently became one of four chefs to cook at a banquet hosted by Prince Charles.

Her winning dish was a rabbit and leek turnover with piccalilli.

In 2011, she was named Restaurant Chef of the Year by the Craft Guild of Chefs.

She also appeared in series eight of MasterChef: The Professionals as a chef mentor for the semi-finalists.

What restaurant does she work at?

In 2001, Lisa started work at Northcote under Nigel Haworth as a demi chef de partie.

As a result of her talent, she was promoted to chef de partie after one year.

Over a period of three years, she was promoted to junior sous chef, then sous chef and finally she was named head chef of the restaurant in 2004 at the age of 23.

And she’s been there ever since, despite her severe allergy to shellfish!

Northcote is located in a small luxury hotel in Lancashire.

Great British Menu Lisa Goodwin-Allen: Does she have a Michelin star?

In 2018, Lisa successfully retained the Michelin star at Northcote that had been held by Nigel Haworth since 1996.

He moved on to be chef ambassador of the restaurant, leaving her as head chef.

Is she married or single? Does she have kids?

Outside of work, Lisa loves to spend time with her husband Steve Goodwin-Allen, who she married in 2014.

The couple live with their five-year-old boy Teddy-Ray in Clitheroe.

They also own an extremely cute Miniature Dachshund!

Great British Menu Lisa Goodwin-Allen: How old is she?

She is currently 39 years old.

Episode two of series 16 focuses on main and dessert courses.

Among the mains are a venison dish in honour of the only British woman to win a Nobel prize in science, and a homage to West Midlands manufacturing.

The desserts include two layered chocolate dishes – one using edible paper as a tribute to Samuel Johnson, the other featuring an ingenious chocolate cross-section of a road inspired by the invention of smooth tarmac.

But whose inventions in the kitchen will ultimately impress veteran judge Lisa Goodwin-Allen?