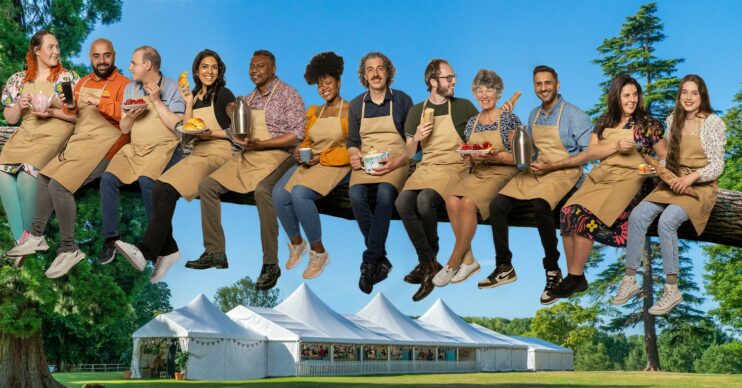 Great British Bake Off: Meet the contestants for the new series!

A policewoman, vegan student and a retired midwife... they're all here

The Great British Bake Off contestants have been revealed for the new 12th series, due to start next week (Tuesday September 21) and the excitement is building.

And now we know who is going to take part – there are 12 wannabe home bakers who will compete to be crowned Bake Off champ.

So who are they? Here’s everything you need to know…

A 56-year-old detective with the Met Police, her baking is heavily influenced by her Greek-Cypriot roots.

Amanda previously worked in advertising, and credits her mum and auntie for her love of baking.

Twenty-six-year-old Crystelle is a client relationship manager from London, and loves calling on her Portuguese-Goan-Kenyan heritage for inspo.

She calls herself a “bit of a stresser”.

George – a Shared Lives coordinator again from the capital – says he has a “keen eye for detail” and “creative flair”.

Could these qualities bode well inside the tent?

Only 19, Freya is a vegan and currently a psychology student. She’s also the youngest contestant among this year’s batch with its eyes on the prize.

She says she loves the “unexpected” and is a “massive perfectionist”.

Great British Bake Off Contestants: The next four…

HR business partner Rochica turned to baking when an injury stopped her dancing.

However, she admits that her weakness is “getting flustered and everything going wrong”.

Moving to the UK from Germany 18 years ago, 56-year-old Juergen boasts an eclectic range of interests, with one of them being an amateur trombonist.

The IT guy says he took up baking because he couldn’t find any of his favourite German bread in the UK.

Originally from Trinidad, Jairzeno moved to the UK 15 years ago.

Now the head of finance like to imbue his baking with the smells and tastes of the Caribbean. He loves baking so much he says he “lives and breaths” it.

Like many around the UK, 28-year-old software developer Tom says baking became a crucial part of his lockdown life in 2020.

Twenty-eight-year-old Lizzie says that she “may look like she’s frantic and messy on the outside, but she is usually calm and collected within.”

We’ll soon see if the car production operative is as good as her word.

Giuseppe, 45, was born in Italy but is now a chief engineer in the southwest.

Could he have a bit of an advantage? His dad is a professional baker bake home!

Using online tutorials 40-year-old sales manager Chirag got into baking in a big way during lockdown.

Complex bakes and chocolate are his specialities during his short time as a baker, so we can’t wait to see what he’s got up his sleeve… or in his bowl.

At 70, retired midwife Maggie is the oldest contestant in the tent this year.

But reading her list of hobbies and pastimes, you wouldn’t know it.

Canoeing, kayaking, sailing, adventures in her camper van… Maggie puts us to shame!