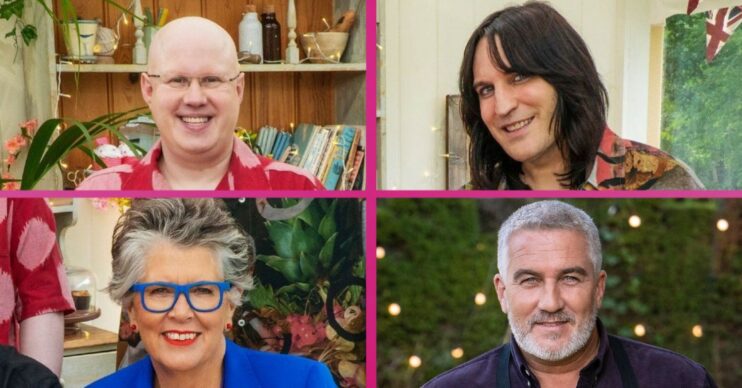 Eek! It's time to get your bake on!

Channel 4 has finally confirmed the long awaited return of Great British Bake Off – so when is the GBBO 2021 start date?

The long running series will be back later this month.

Read more: The first Great British Bake Off 2021 trailer airs but when does the series start?

The Great British Bake Off will be back on Channel 4 at 8pm on Tuesday September 21 2021.

That’s a huge WHOOP from us!

As usual, the show will follow its usual format – and we wouldn’t want it any other way.

Alongside a photo of the two judges and two hosts, the post said: “Bake a date in your diaries – we’re back! #GBBO.”

Fans were thrilled, with one replying: “Oh Glory Halleluiah! #GBBO.”

Another said: “I’ve never been more excited for anything ever.”

A third cooed: “I’m so excited. I was missing Noel’s shirts.”

It will be the show’s 12th series.

Bake a date in your diaries – we’re back! #GBBO pic.twitter.com/zHVC5y0ABp

GBBO 2021 start date: What judges will be back?

Prue Leith and Paul Hollywood will return to judge.

Dame Prudence has been a judge on the show since 2017.

Surely this is proof that eating cake is good for you!?

Silver fox Paul Hollywood, 55, will also return with that ever elusive handshake of his.

Paul has judged every series of GBBO since it started in 2010 on BBC Two.

Who are the hosts?

Matt Lucas and Noel Fielding, 48, are both back hosting the Great British Bake Off.

Noel was absent from the Celebrity Bake Off earlier this year as a result of paternity leave.

Luckily, Bake Off fan and comedian Tom Allen stepped in.

Matt, 47, will be back for his second series as a presenter alongside Noel.

Peter Sawkins won the 11th series of the Great British Bake Off in 2020.

It was the fourth series to be broadcast on Channel 4, and began on September 22 2020.

Peter came first, while Dave Friday and Laura Adlington finished as the runners-up.

Sawkins became the first Scottish winner of the programme, and also the youngest winner in the show’s 10-year history, at the age of 20.

Peter is an accounting and finance student at the University of Edinburgh.

He lives with three housemates in the city.

Despite his studies, Peter continues to bake.

His new baking book Peter Bakes is available from October 7 2021.

In the book, the first of many we’re sure, Peter reveals the secrets to his baking success.

He also shares his tasty recipes and gluten-free options.

The Great British Bake Off will be back on Channel 4 at 8pm on Tuesday September 21.

Are you excited for the new series of GBBO 2021? Leave us a comment on our Facebook page @EntertainmentDailyFix.