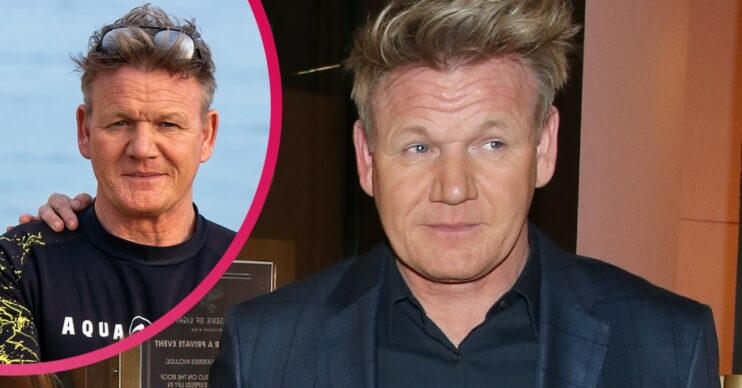 Gordon Ramsay net worth – what is his bank balance and is he the richest chef in the world?

Gordon Ramsay is currently having the time of his life in the ITV1 show Gordon, Gino & Fred Go Greek – but what is his net worth?

He’s known for being a celebrated chef, fierce TV personality and now one third of the Gordon, Gino and Fred cheeky triangle.

But is he the richest chef in the world? What’s his bank balance looking like these days?

Gordon Ramsay net worth – what is his bank balance?

Gordon Ramsay’s personal net income was estimated to be US$63 million in 2019 by Forbes – that’s around £46million a year.

The TV star reportedly takes home a massive $60million (£43million) per year, making him one of the wealthiest chefs.

According to Celebrity Net Worth, the chef is worth $220 million (£190million) in total.

And his fortune is growing all the time as he releases new books, opens new restaurants and takes part in new TV shows.

Is Gordon the world’s richest chef?

Gordon currently holds the title of the third richest chef in the world.

Jamie Oliver comes in at number two, while the world’s richest chef is Alan Wong.

During Gordon’s career, he’s been awarded 16 Michelin stars and currently holds seven of them.

He first rose to fame on the 1998 series Boiling Point.

The chef became known for his fiery temper and a feisty attitude and has carved out a career for himself on TV.

His TV shows, books and sponsorship deals have made Gordon a tidy little nest egg.

Gordon Ramsay’s Bank Balance – will there be a series two?

Gordon Ramsay made his debut as a game show host earlier this year, but the series won’t be back for a second run.

A BBC spokesperson told Metro.co.uk: “There are no current plans for another series of Bank Balance.”

They answered questions in order to stack different sized gold bars onto a precarious balance board.

Some viewers criticised the over-complicated rules.

Despite ratings beginning at 2.7million, they eventually fell to 1.5m by the third episode.

While the show won’t return to the BBC, Studio Ramsay is planning to take it to the US in a deal with Fox.

Gordon Ramsay net worth – will he leave fortune to his kids?

Gordon Ramsay, 54, may be one of the richest chefs in the world, with a huge net worth, but he refuses to spoil his children.

Even though the controversial star has made buckets of cash, he previously said he’s determined to teach his brood the value of money.

He told the Telegraph: “I’ve never been really turned on about the money.

“That’s not my number one objective, and that’s reflected in the way the kids are brought up.

“They don’t sit with us in first class [on a plane]. They haven’t worked anywhere near hard enough to afford that. At that age, at that size, you’re telling me they need to sit in first class? No, they do not. We’re really strict on that.”

Gordon has even gone so far as to confess that he has no intention of leaving much of his fortune to his five kids in his will.

He said: “It’s definitely not going to them, and that’s not in a mean way; it’s to not spoil them.

“The only thing I’ve agreed with Tana is they get a 25% deposit on a flat, but not the whole flat.”