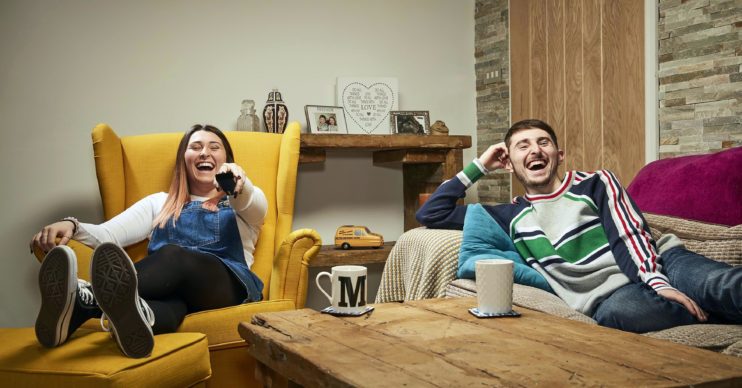 They haven't changed a bit!

The pair have tickled viewers with their hilarious one-liners on the Channel 4 show.

Now, Sophie is doing the same on social media.

How it started: How it’s going: pic.twitter.com/vLCwxtWahs

With the ‘How it started, How it’s going’ trend going crazy on social media, Sophie joined in the fun.

The 23-year-old shared an adorable image of her sitting next to Pete, 26, when they were toddlers.

Captioning the image ‘How it started, how it’s going’ Sophie then posted an image of her and her brother in Gogglebox mode.

They were sitting in almost exactly the same position!

What did their followers say?

It wasn’t long before many of Sophie’s 100,000 followers responded.

“So much of what you say is what we’re all thinking. Keep it up!”

The show is amazing but you pair – absolutely hilarious. You need to set up your own chat show.

“The show is amazing but you pair – absolutely hilarious. You need to set up your own chat show,” said another.

Finally, a third said: “You two really haven’t changed! The only thing missing is your cuppas!

“I just love the banter you have. Pete is hilarious, so quick-witted then Sophie hits back with a great one-liner! Could watch an hour of you pair. Thanks for the real laughs x”

What else has Gogglebox Pete been up to?

Pete shared a picture of the gorgeous lass with his followers.

He said: “My Mrs and best mate, what more could I ask for?

“Don’t worry @sophiesandiford1 you are a close second best friend.”