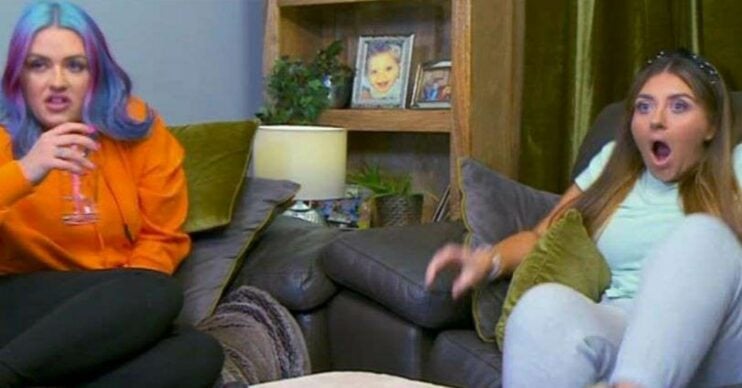 If you've seen the show, you'll understand why

The stars of Gogglebox were absolutely horrified while they watched new Netflix documentary American Murder: The Family Next Door.

If you’ve seen the film, it’s likely you’ll understand why.

What did Chris Watts do?

The show looks at the horrific murders committed by Chris Watts against his own family.

It delves deeper into the events that led up to the heinous crime, that resulted in him being convicted of killing his two young daughters, his wife and his unborn baby.

Googleboxers were shown the doc on last night’s show and none of them could hide their horror.

What did the Gogglebox stars think?

Brother and sister Pete and Sophie were visibly shocked as they watched the confession.

With Pete adding: “And her brother.”

The appalled Michaels watched the detective explain that Watts pleaded guilty to all nine counts against him.

Shocked Louis asked: “He pleaded guilty? To all of it? To everything?”

Shirley and David couldn’t believe what they were seeing. David said in disbelief: “Jesus Christ. He did.”

Mum and daughter duo Paige and Sally, from Birmingham, were in shock.

Sally said: “Paige he killed them.”

Best mates Jenny and Lee stared aghast at the screen as they heard the counts, with Jenny repeating: “Nine?”

When did Chris Watts kill his family?

Chris Watts committed his appalling crimes in 2018. He killed his pregnant wife, Shanann, before ending the lives of his little girls, Bella, four and Celeste, three.

At the time, he was having an affair with mistress Nichol Kessinger and he killed his family to be with her.

Watts’ girlfriend Kessinger did feature in the Netflix documentary. He met her while at work at Anadarko Petroleum.

She is now living under witness protection because she helped the police with their investigation.

Watts pleaded guilty to multiple counts of first degree murder. Because of his plea deal, he avoided the death sentence, but had five life sentences handed to him, without the possibility of parole.

Have you watched American Murder? Leave us a comment on our Facebook page @EntertainmentDailyFix and let us know.