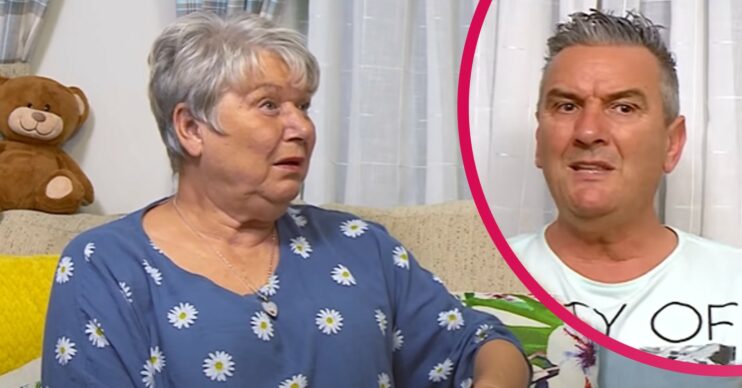 Jenny's co-star and friend Lee issued an update on her

Gogglebox favourite Jenny Newby was forced to miss the BAFTAs after undergoing an operation in hospital.

He told press at the event that Jenny is “not very well” and has had an operation.

“You can’t turn down an NHS operation, can you?”

Meanwhile, speaking to The Sun, Lee said Jenny’s operation was “minor” and “she’ll be watching from there from her hospital bed”.

On stage, Lee told the audience and viewers: “It’s a pleasure to be stood here this evening to collect this award for past and present of the families who have been on Gogglebox.

“We’d like to thank Channel 4 as usual and of course Studio Lambert and the production team, the crews that go up and down the country every weekday to film us, to make us look better than what we are.”

Where were Lee and Jenny on Gogglebox?

Lee’s appearance at the BAFTAs last night comes after Gogglebox viewers spotted his and Jenny’s absence from the show on Friday night.

As fans tuned in to watch the latest episode, Jenny and Lee were nowhere to be seen.

Towards the end of the show, one viewer tweeted: “Not the same without Lee & Jenny.”

Another tweeted: “I do love this show but it is just not the same without #Lee and #Jenny.”

A third pondered: “Where is Jenny & Lee tonight?”

Another admitted: “Missing my favourites Jenny and Lee.”

We missed them too! Hopefully they’ll be back this Friday.

Gogglebox continues on Channel 4, Friday May 13, at 9pm.

Did you miss Jenny and Lee? Leave us a comment on our Facebook page @EntertainmentDailyFix and let us know.